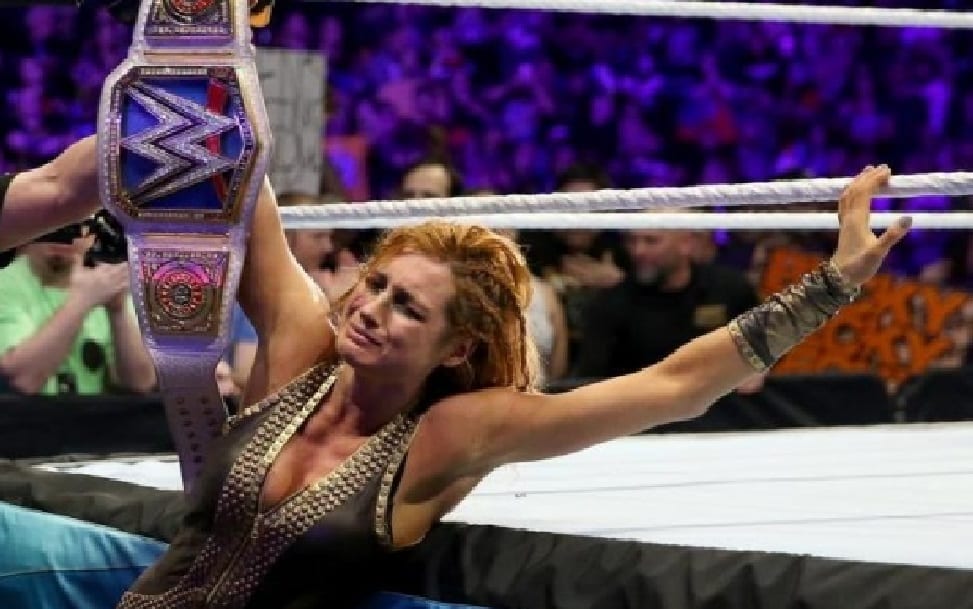 WWE Evolution was a night nobody will soon forget, after all, it’s kind of hard to forget history that you’ve lived through. One of the best matches on the card was another first for WWE’s Women’s Division with a last woman standing match. In the end, Becky Lynch emerged victoriously and remained SmackDown Women’s Champion.

Bryan Alvarez brought up a very good and plausible reason for this win on Wrestling Observer Live as WWE’s future plans might have simply been easier to tell with Lynch as champion.

“I had not thought of that but in fact that makes sense because when that match was over the first thing I thought was that they’re giving Becky a big win here because they’re going to take the title off of her probably at the next pay-per-view. Obviously, it’s not going to be the next pay-per-view but my guess would be at TLC.”

“But that makes sense because they’re doing champion vs champion and I’m sure they don’t want Ronda Rousey vs Charlotte until WrestleMania. So yeah, I think that’s one of the big reasons that happened on Sunday night.”

As Survivor Series draws closer, we have a pretty exciting match to look forward to between Lynch and Rousey. Only time will tell how WWE will book this match, but Rousey’s current undefeated streak might need to be taken into consideration. While it might be a huge deal for Becky Lynch to be the first to topple Rousey in WWE, it’s hard to forget that Charlotte Flair was the one who ended Asuka’s seemingly untouchable undefeated streak at WrestleMania last year.