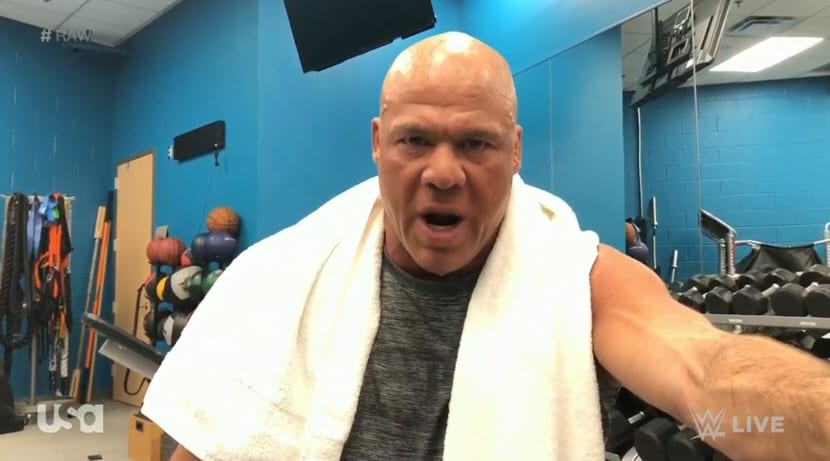 Kurt Angle has only wrestled 6 times since returning to WWE to become GM of Raw after his WWE Hall Of Fame induction, but every one of his matches counted. He has the opportunity of wrestling multiple times in Saudi Arabia at WWE Crown Jewel as part of the World Cup Tournament too — and odds are he’s more than ready.

Mike Johnson stated on PW Insider Elite audio that Angle’s promo on Raw along with the build and hype WWE put forth about his participation would lead to a logical conclusion that Angle isn’t going down in the opening round of the tournament.

“I don’t know what the finish is going to be but the way they were building up Kurt Angle on television — you got to think that Kurt is at least going into the second round. Because they are pushing Kurt really hard going into this, so we’ll see.”

It wasn’t too long ago when Kurt Angle needed to step in Roman Reigns’ place as a member of The Shield when The Big Dog was out with a case of the mumps — Angle hasn’t worked much since then but at 49-years-old, the Olympic Hero can still perform at a high level. WWE Crown Jewel might test his limits in the World Cup Tournament, but he looks to be training hard so he’ll likely be more than ready for Saudi Arabia when the time comes.