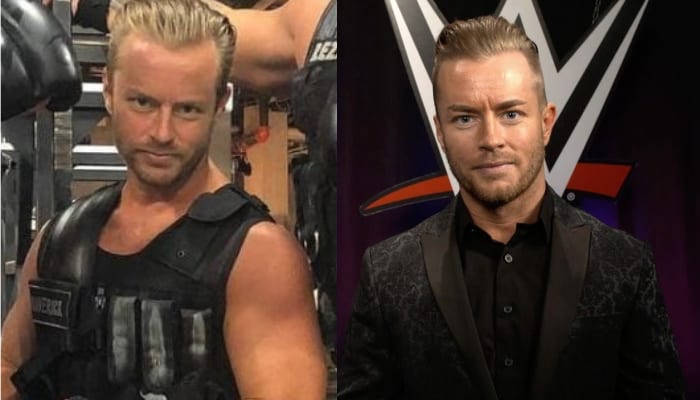 WWE is full of interesting characters but one guy has two very important roles that he’s holding down at the same time on camera. Drake Maverick used to be known as Rockstar Spud in Impact Wrestling — but WWE has used him much better. If anything, they might be using him too much.

He not only has to make Raw where he leads AOP into battle as their manager, but then he has to also make it to 205 Live where he is still the acting General Manager of that brand. It’s a lot of traveling and switching roles, but Maverick has been pulling it off.

But some fans wondered how it happened and why Maverick remains on double-duty. Mike Johnson explained during a PW Insider Elite audio update that the reason for this move was just like most other important decisions in WWE: Vince McMahon wanted it that way.

“For those of you wondering how that happened — basically like a lot of things in WWE, Vince McMahon put out the edict and everybody got in line to do what Vince McMahon wanted.”

“It’s gotta be frustrating to be running 205 Live by the way, you’re trying to build things up and create some momentum for yourself and get the brand off the ground and then Vince goes: ‘No, I want Drake Maverick and he’s going to be a completely different character than he’s been on your TV show… by the way, he’s still on your TV show as the other character!”

Only time will tell if WWE ends up replacing Maverick in his role as General Manager of 205 Live, but for now it seems like he’ll be playing dual roles for the foreseeable future.

Then again, Vince McMahon could wake up tomorrow and decide that he wants to bring back James Ellsworth as the new 205 Live GM and all people would do in the office is agree and make a phone call to rehire Ellsworth. Because it’s McMahon’s company and we’ll all just allowed to watch and see what he does with it.