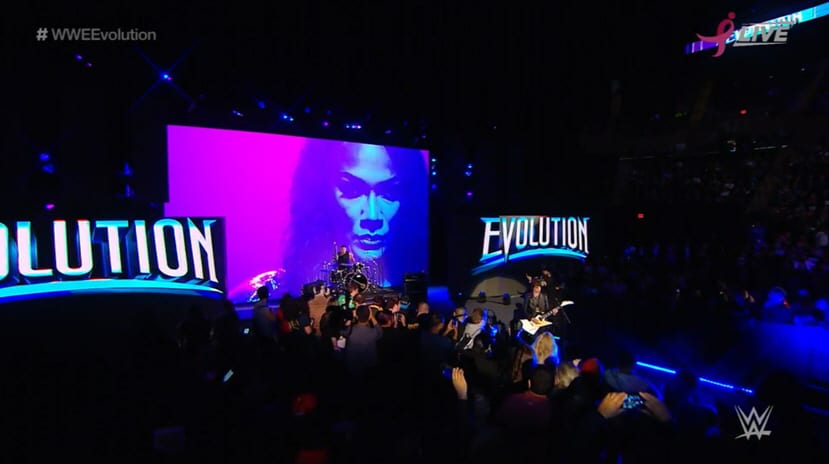 WWE Evolution was full of matches where every woman on the card gave it their all. But some fans have commented about the fact that the set for WWE’s first-ever all-female pay-per-view seemed to lack a certain something that WWE usually puts forth for their special events. But there was a very good reason for that decision.

As we previously reported, it takes a lot of work and planning to put on a WWE event, especially a pay-per-view. Therefore, it was simply a logistical issue because as Mike Johnson explained on a PW Insider Elite audio update not only does WWE only have so much production equipment — but they can’t clone their employees either.

“So they had a different scaled-down production and a different crew in some cases and the regular production is in Charlotte where it needed to be — the staging and the lighting and all that other stuff. There are certain people who work production that would usually be in town already for Raw and SmackDown and those shows and instead tomorrow morning they’re going to be on the first plane to Charlotte from New York.”

It should also be noted that WWE has a small crew in production as well right now because some people have already been flown to Saudi Arabia to set up the first parts of the Crown Jewel event’s staging. After all, they have a soccer field to get ready for a pro wrestling event.

But if you were wondering why WWE Evolution’s set felt a little lighter, you weren’t seeing things. In fact, you had a couple of good reasons for that.

If you use our quotes credit Ringside News and if you’re reading this on any other website besides Ringside News, then it is stolen