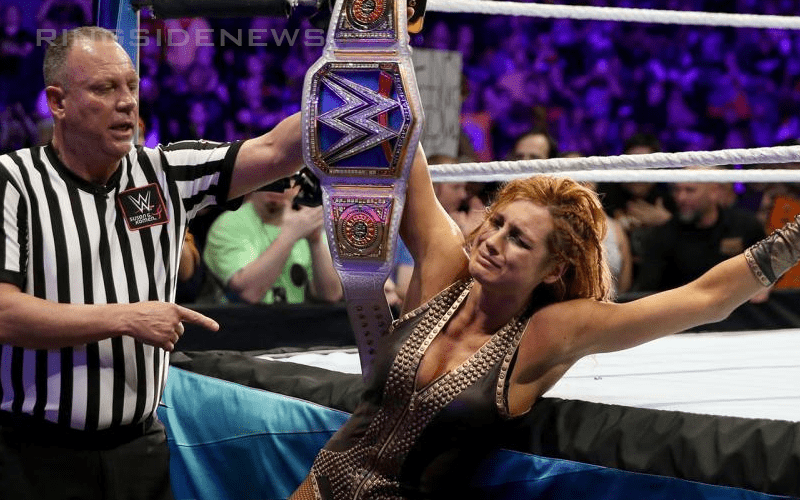 In one of the final matches to take place at the first-ever all-women’s PPV, Evolution last night was the first-ever main roster Last Woman Standing match between Becky Lynch and Charlotte Flair for the SmackDown Women’s Championship.

In a match that many are calling one of the best main roster matches WWE has had this year, Lynch was victorious after hitting Flair with a Powerbomb into a table at ringside.

We previously reported that Lynch had a serious positive reaction in her victory over Flair, and might have possibly been an accidental babyface turn for WWE.

In a new Instagram post, Lynch leans further credence to the idea that she is babyface- or at least, in the midst of a babyface turn. In her post, she explains that she didn’t expect the fans to support her on this journey, but they’ve been right by her side.

Check out the post below, and see for yourself:

As one could expect, the comments, for the majority, are supportive of Lynch. Many claim that they’ll stick by her through anything. In fact, if the reception Lynch received at a hotel after Evolution is anything to go by, WWE may have created their next massive babyface.

Do you feel Lynch is turning babyface? Do you believe she should be babyface? Let us know your thoughts, opinions, and reactions in those comments below.