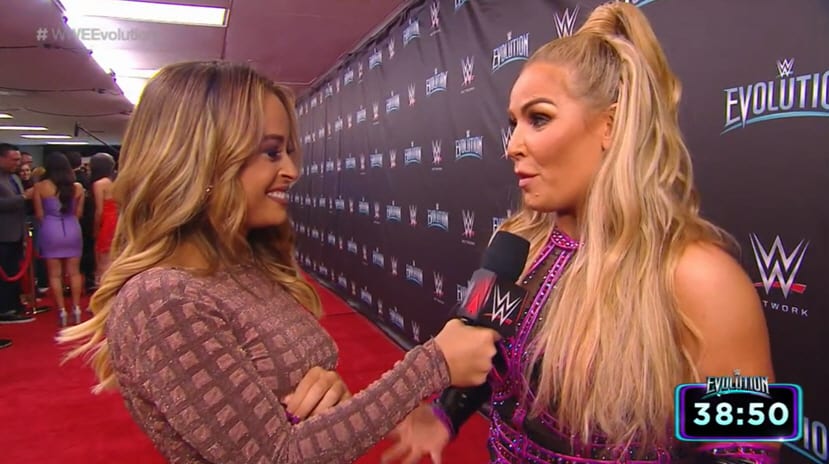 WWE Evolution is a night nobody will forget who was able to watch it live, especially for those fans in the Nassau Coliseum, but if you caught the kickoff show — you might have noticed it felt a little off.

The commentators shot backstage to an interviewer who was waiting to talk to a Superstar and then they would throw it back to the desk. It didn’t feel organic with a lot of the things that makes a live event feel so unique — because it wasn’t live at all.

Our good buddy Mike Johnson said on PW Insider Elite audio that the interview segments were actually over way before the show started — at least 30 minutes in advance. It only makes sense seeing how they had to get changed out of their red carpet attire and get into their wrestling gear.

“The kickoff show was pre-taped. By the time it was on the air they had been already taping it for a half-hour or so.”

To add to the show, the red carpet was also not outside at all. In fact, it looked like they were simply occupying a larger room inside the arena. But the kickoff show was still full of notable moments like R-Truth getting lost and ending up on the set and then moments later they showed him on the red carpet leading Renee Young to ask how he got there so fast… it turns out that he was actually on the red carpet well before he came out and announced that he would win the Women’s Battle Royal and get a title shot against Carmella.