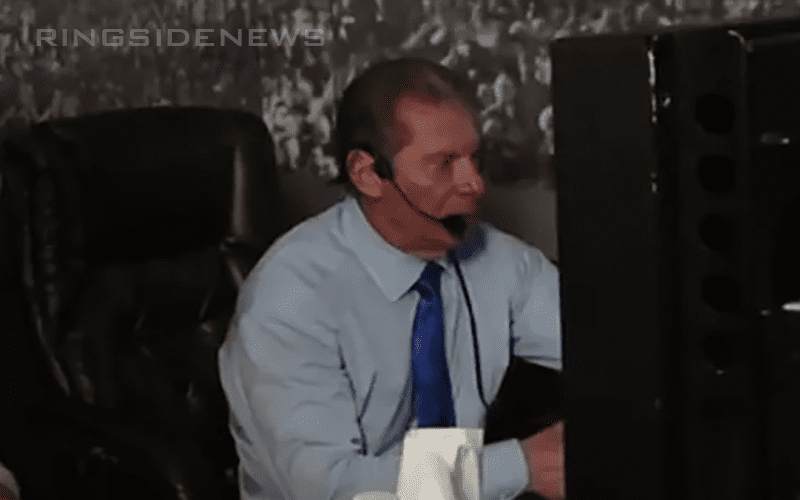 Evolution had a positive reaction online, for the most part, with fans likening the product to NXT- with longer and often more technical matches showcased throughout the few hours on hair.

Ryan Satin of Pro Wrestling Sheet has confirmed that it was Vince McMahon who held down the gorilla position last night. He was helped by Stephanie McMahon, Triple H, Michael Hayes, and Road Dogg. This is interesting, given a fair amount of the audience likened it to the NXT product.

Additionally, Satin revealed that Stephanie was beaming with pride throughout the show. She did come down to the ring during the show, alongside her husband Triple H and Sara Amato to hand Toni Storm flowers and the Mae Young Classic trophy.

Also of note, Finn Balor, Christian, Vickie Guerrero, and Eve Torres were all backstage during the night. Torres made an appearance on the kickoff show, and Guerrero was featured in a promo package. Balor was also shown at ringside.

Did you expect McMahon to be behind the show last night? Did you enjoy the show? Let us know your thoughts, opinions, and reactions in the comments below.