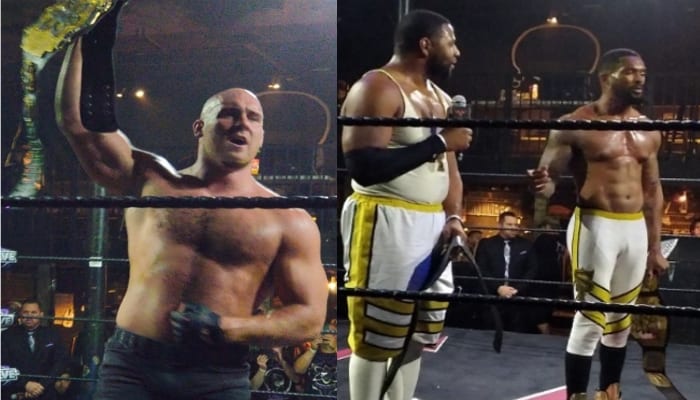 WWE is a huge company, but there are only so many spots in NXT. After all, with the talent they keep signing on to come work with the company, the WWE Performance Center is filling up quickly. Therefore, it piqued a lot of people’s interest when 2 matches at EVOLVE’s event on Sunday Night resulted in new champions from NXT.

Fabian Aichner is the new EVOLVE Champion where the Street Profits are now EVOLVE Tag Team Champions. It was announced today that the new champions will be appearing on all announced EVOLVE dates from this point on for the rest of the year.

PW Insider reports that the reason NXT Superstars were crowned has a lot to do with how closely the two companies are at this point. Gabe Sapolsky, who runs EVOLVE and also works for WWE helped arrange this deal where NXT talents could perform at EVOLVE events because they need somewhere to go since NXT house shows are already crammed full of people.

This is a relationship they’ve been working on for quite some time, even years ago and Sapolsky has the chance to help develop this talent. It is also reported that the idea at this time looks like they are going to “farm talents” out to EVOLVE events and it wouldn’t be too surprising to see many more join as well as time goes on.