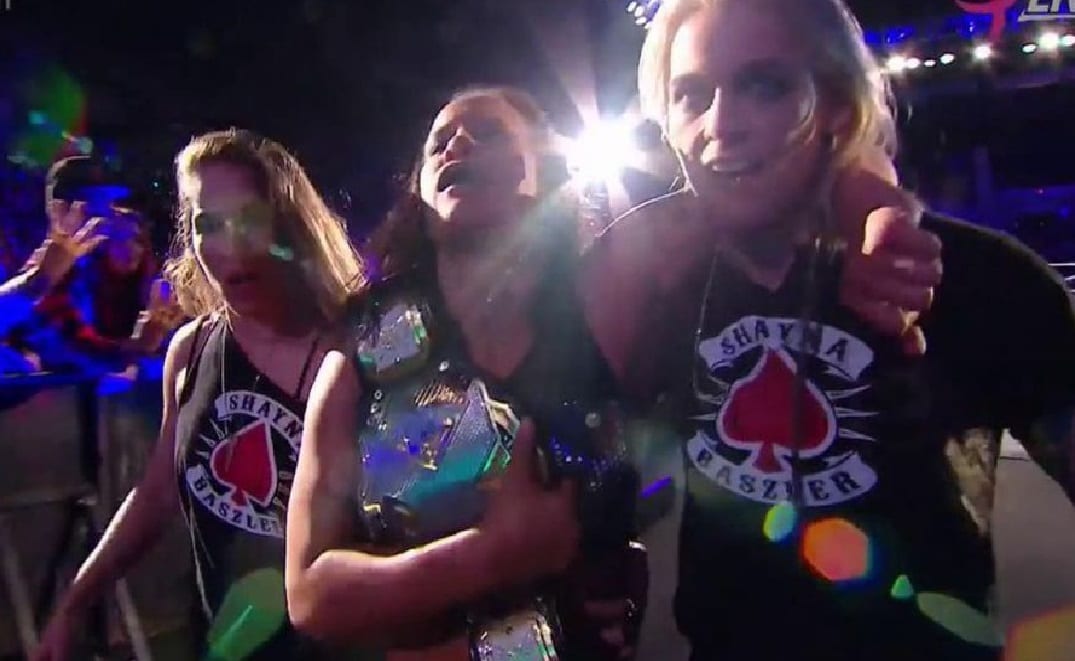 WWE Evolution saw the on-screen debut of Marina Shafir and Jessamyn Duke — the last 2 remaining parts of MMA’s 4 Horsewomen. WWE already had Shayna Baszler and Ronda Rousey and now with Shafir and Duke, the group is assembled.

But with Ronda Rousey as a babyface on Raw, and the others taking up supposed heel roles in NXT, it seems like they are separated by storyline and brand. But as Dave Meltzer discussed on Wrestling Observer Radio, NXT could have some plans to further introduce the 3 Horsewomen in NXT to the rest of the WWE Universe in a big way soon enough.

“Whatever it’s going to be — the 3 women vs probably Io Shirai, Kairi Sane, and probably a 3rd woman in some sort of an NXT program. It was building to go somewhere.”

This might be a very good rivalry to consider for NXT. After all, Baszler was seen walking out of the Nassau Coliseum on crutches — so maybe a program where she can be somewhat protected is a good idea. After all, at 38-years-old she’s already taken a lot of damage in her MMA career and hopefully, she will have a much longer career as a WWE Superstar as well.