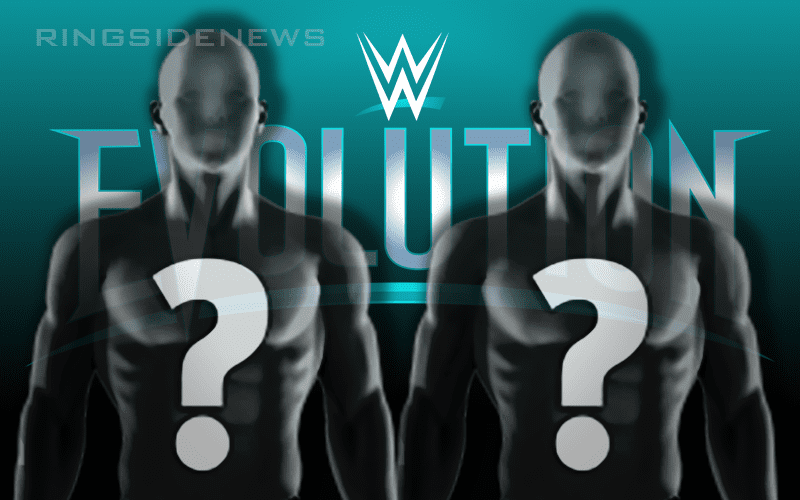 WWE Evolution featured a Women’s Battle Royal that some fans weren’t looking forward to all that much — but it ended up being worth watching. In what could have been Ember Moon’s crowning moment as a top babyface, she was stopped by Nia Jax, but the told a great story through the entire match in all honesty.

During the contest, there was a moment where Asuka and Ember Moon stood face-to-face and really had it out with each other. The crowd popped like crazy because they remember what Asuka did to Ember Moon during their NXT rivalry (after all, Asuka launched Moon out of the ring and into a guardrail screwing up her shoulder during The Empress Of Tomorrow’s heel turn).

Moon ended up besting Asuka at WWE Evolution and launched her out of the match — but they didn’t mention their past on commentary so if you didn’t already know about their history together — the commentary team wasn’t clueing the audience in at all.

Dave Meltzer discussed why WWE made this decision during Wrestling Observer Radio where it turns out that it might have been just a case of them not giving their audience enough credit to remember their time against each other in NXT.

“[WWE] has already forgotten the story because they didn’t bring it up. The fans didn’t forget it because they popped like crazy when those 2 were in there with each other. I’m not saying they forgot it — maybe ‘The fans aren’t going to know because it’s an NXT story’ and they were wrong and they booked accordingly. So we can always hindsight that.”

“I mean if I was in there, I don’t know if I’m in that room I’m going to go, ‘The crowd’s going to go crazy when Asuka and Ember square off.'”

It was mentioned by Bryan Alvarez that when the crowd popped the commentary team should have at least mentioned it and then Meltzer brought up the point that Michael Cole, Renee Young, and Beth Pheonix aren’t NXT commentators.

Therefore, it wasn’t given to the announce team to say — so they glossed over Ember Moon and Asuka’s history with each other. Hopefully, this spark will ignite something between the two of them as well — after all, the crowd was super into Moon and Asuka needs something to do. Perhaps if they meet again at the Royal Rumble it could translate into something more down the line. After all, there’s always the next all-female pay-per-view.