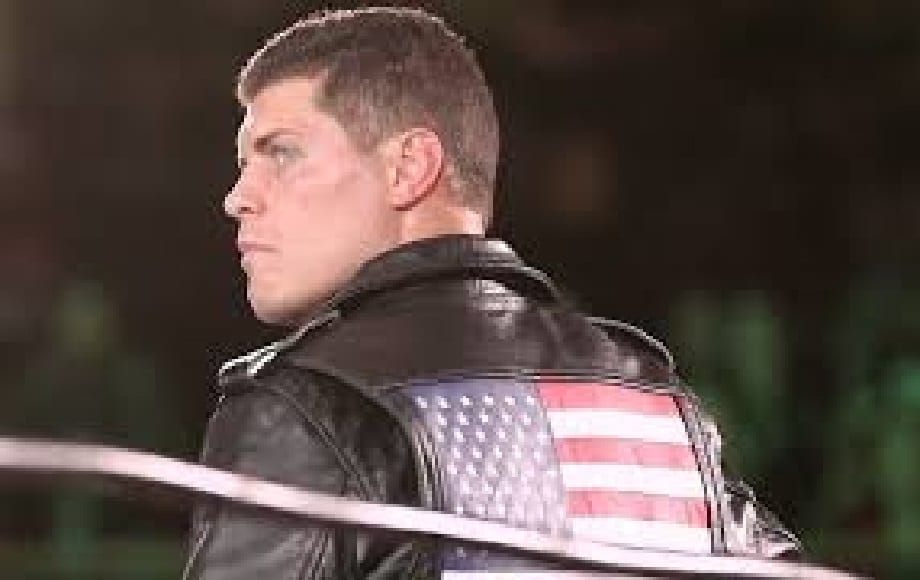 There is a lot going on in the world of professional wrestling right now. While a lot of us were watching WWE Evolution, a ton of indie wrestling fans along with rosters from Impact Wrestling and ROH (and Rey Mysterio for that matter) were on Chris Jericho’s Rock n Rager Wrestling At Sea. During that epic voyage — Cody Rhodes had something to say.

Cody had just competed in a match against Delirious when he took the microphone. Brandi Rhodes pleaded with him not to make an announcement — but he did anyway. This might have been a work, but who’s to say at this point?

The American Nightmare told the passengers on the Chris Jericho cruise that he wasn’t going back to WWE. He also said that he wanted to do ALL IN 2 as well. Only time will tell what Cody actually ends up doing — after all being raised in the business brings one to exhibit advanced levels of kayfabe — but it certainly piqued our attention.

We will know soon enough about what Cody Rhodes plans on doing. But he did make it pretty public that he wasn’t attending the big ROH show at Madison Square Garden during WrestleMania weekend a few days ago. As with anything, we will keep you updated on this situation as more news comes out. But don’t be surprised if this is all wrapped around an even bigger surprise later on knowing the way The Elite does things.