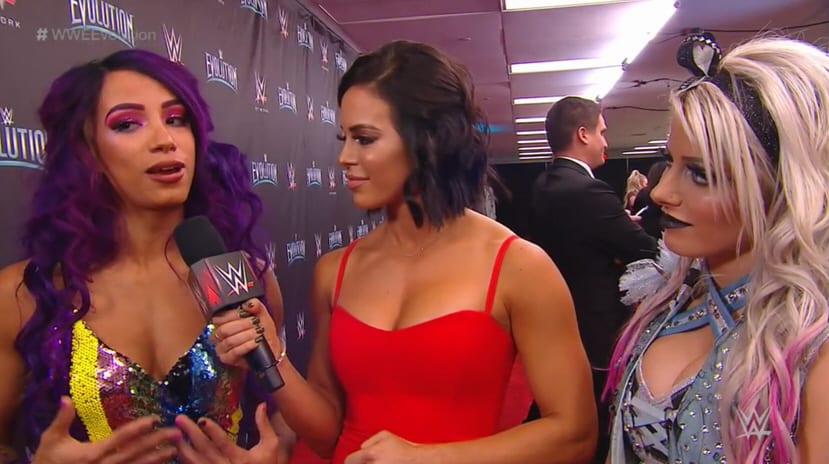 WWE Evolution is the first-ever all-female pay-per-view and WWE threw an Evolution kickoff show before the event kicked off.

They cut to a red carpet where Sasha Banks and Alexa Bliss stood by with Charlie Caruso — the red carpet looked like a bunch of people standing around a big hallway backstage… but at least there was a red carpet.

Sasha spoke about how much the event means to her and got choked up in the process while the idea that the first-ever all-female pay-per-view is about to happen and she’ll be a part of it. She said they are there to make history and the moment certainly took a lot to take in.

They also talked about how Bliss and Banks were in the first female WWE match in Abu Dhabi and how the crowd chanted “this is hope” during their contest. Obviously, things are changing and the WWE Women’s Revolution just might have something special to do with it — at least Banks got choked up thinking about it.