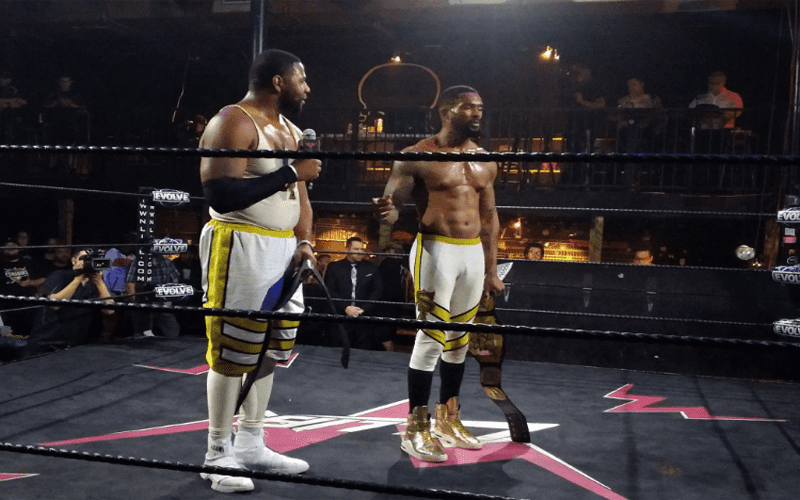 While WWE is busy airing the first-ever all-women’s PPV, Evolution tonight on the WWE Network, multiple Superstars from NXT are in the midst of working the EVOLVE 114 show with Gabe Sapolsky’s talent.

Before the event, we had confirmed that The Street Profits- a prominent team down in NXT, would be working the show to answer an open challenge by the EVOLVE Tag Team Champions- known as Jaka and Chris Dickinson.

In surprising news, The Street Profits defeated the Champions tonight to become the new EVOLVE Tag Team Champions. It is unknown how long this reign will last, but it does seem to align with our previous report that the relationship between WWE and EVOLVE is closer than ever.

Courtesy of JJ Williams on Twitter, take a look at the screenshots from the Championship victory:

Did you ever anticipate seeing something like this happen? Can you see other NXT Superstars becoming Champions in other American or international promotions? Let us know your thoughts, opinions, and reactions in those comments below.