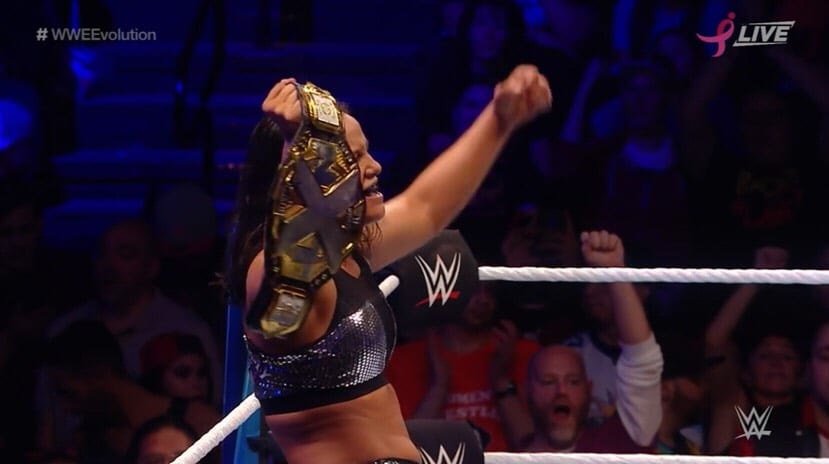 Baszler put Sane through a technical clinic and worked on her arm. there were many spots where Kairi sold in excruciating pain — but even with a daring dive to the outside on the Queen Of Spades, Kairi couldn’t get the job done.

It really helped Baszler that her friends Marina Shafir and Jessamyn Duke were ringside and distracted Kairi Sane during the match. She drew a lot of heat as she clutched her in a chokehold and Sane slowly faded away the referee eventually had to call for the bell without Kairi Sane tapping out.

After the match was over, there wasn’t much of a celebration as Baszler and her 4 Horsewomen buddies simply left up the ramp as the crowd gave them a lot of heat.

Out of the ring… over the barricade… into the front row…