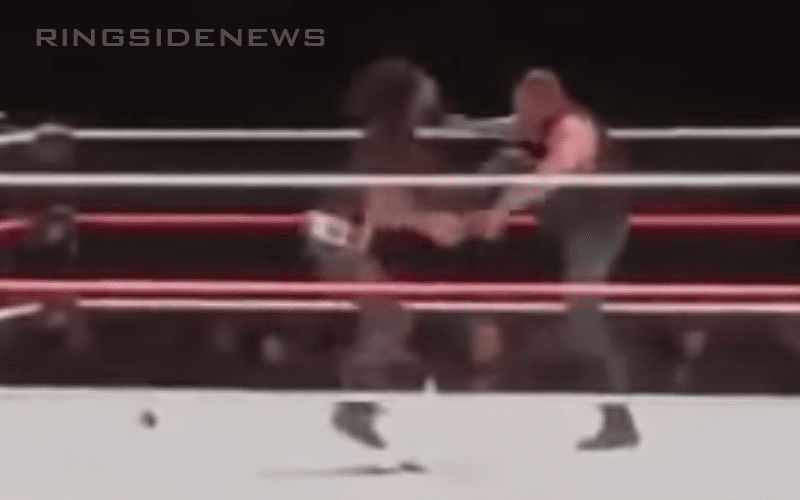 In the latest example of why fans should make an effort to attend WWE live events when they’re in town, it appears RAW Superstars Seth Rollins and Dean Ambrose have continued their storyline during the live events.

While in Corbin, Kentucky, Rollins hit the ring to call out Ambrose. He claimed that while he stabbed Ambrose in the back, he gave him a reason for it. This led to Ambrose attacking the double Champion from behind, hitting him with the Dirty Deeds to leave him laying.

The video below showcases the entire promo from Rollins, and the subsequent attack by Ambrose. Check it out:

It is unknown whether a version of this footage will air on RAW, or if WWE will have something similar take place live on their flagship show. However, it does appear that the two will be fighting heading into Crown Jewel next Friday in Saudi Arabia, and even beyond that into Survivor Series.

This could be detrimental to Rollins, who is scheduled to compete in the World Cup tournament match alongside Superstars like The Miz and Jeff Hardy while the company is in Saudi Arabia.

What do you believe happens to the RAW Tag Team Championship? Who leaves the feud victorious? Let us know your thoughts, opinions, and reactions in those comments below.