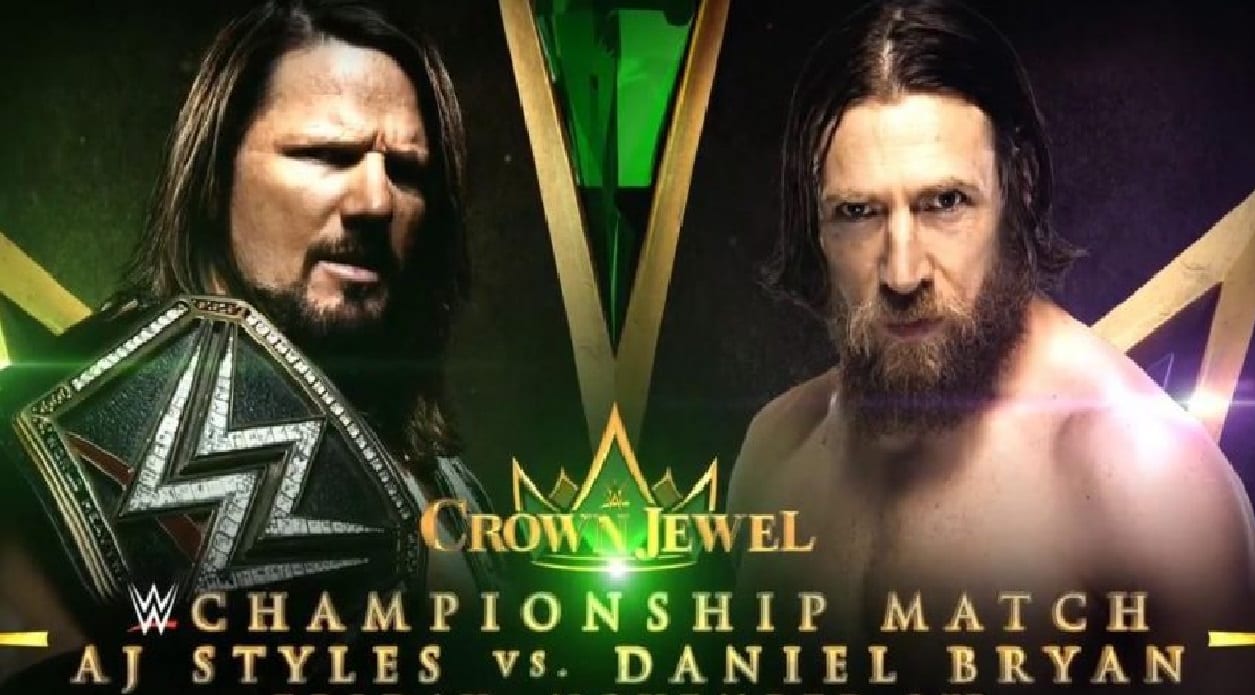 WWE Crown Jewel is already starting when it comes to construction for the event. So in less than one week’s time, we will not only be talking about the in-ring return of Shawn Michaels but also who is carrying the WWE Universal Championship after Roman Reigns made the decision for himself and his health to relinquish the title. But at this juncture — we still have some questions.

John Cena is not going to Saudi Arabia and we exclusively reported his reasons and they’re very good. We also included Daniel Bryan’s reasons for not going too because we’ve also heard that he doesn’t want to perform in front of the controversial regime.

Dave Meltzer discussed John Cena and Daniel Bryan’s Crown Jewel status during Wrestling Observer Radio where he was certain that Cena’s situation will be addressed soon — but Bryan’s status might be a day of the event kind of deal.

“It’s interesting with Cena and Daniel Bryan. They haven’t announced that either of them are off the show and they continue to advertise both of them on the show. As far as anyone knows Cena is not on the show and I guess they’re going to do an angle on Raw this Monday and explain that.”

“I guess the idea is Daniel Bryan, they may not do an angle and they may do an angle the day of the show or something. I don’t know what they’re doing. Or maybe their going to — they’re still in talks with them — The Daniel Bryan thing is just interesting to me because we really don’t know what the situation is other than people are reporting it and every time I try and get an answer I’m not getting an answer as far as from WWE or Creative or talent or anything.”

Meltzer said Bryan isn’t injured, but he’s heard from enough people that he’s not going that there is probably fire to all the smoke in this story, so we can expect to see Daniel Bryan get written out of the show in some way.

He went on to say that people are reporting Daniel Bryan will not be at Crown Jewel, but he keeps getting no-sold by WWE when he tries to get an answer. So it looks like we might not know until the day of the show whether or not Bryan will make his scheduled WWE Championship match or not.

Only time will tell what happens next — after all, WWE had all the options in the world to just cancel Crown Jewel and reschedule their storylines for another event. But the event is still on and happening in Saudi Arabia which apparently means Cena is definitely off the show and we’ll just have to see what happens with Bryan.