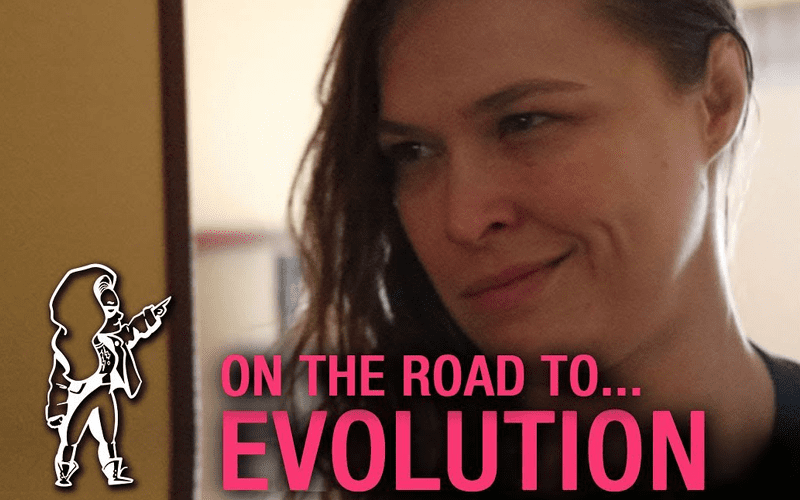 RAW Women’s Champion Ronda Rousey has been a busy woman as of late. From capturing the Championship from Alexa Bliss to launching her own website, complete with multiple YouTube series, it seems Rousey is almost working overtime.

Rousey has just released a video to her YouTube channel showcasing her journey throughout this past week in the lead up to Evolution, which airs tonight from the Nassau Coliseum in Uniondale, New York.

The video has a vlog format, with Rousey and her entourage traveling from location to location this week. In particular, Rousey is shown at a WWE live event and backstage at RAW after she was slapped by Nikki Bella at the contract signing.

Rousey signed the video off with a promo that she likely filmed last night or this morning, given its position within the video. In the promo, she claims that she will rip Bella’s arm off tonight at Evolution.

“Hey, Nikki. You know that arm that you signed your fight contract with? That arm that you slapped me across the face with? You know, the one you stabbed me in the back with? I’m gonna rip it off!”

Check out the video below to see Rousey’s journey this week, including her promo and explanation of why this particular PPV means so much to her:

Who wins tonight between Rousey and Bella? What match on the card excites you the most? Let us know your thoughts, opinions, and reactions in those comments below.