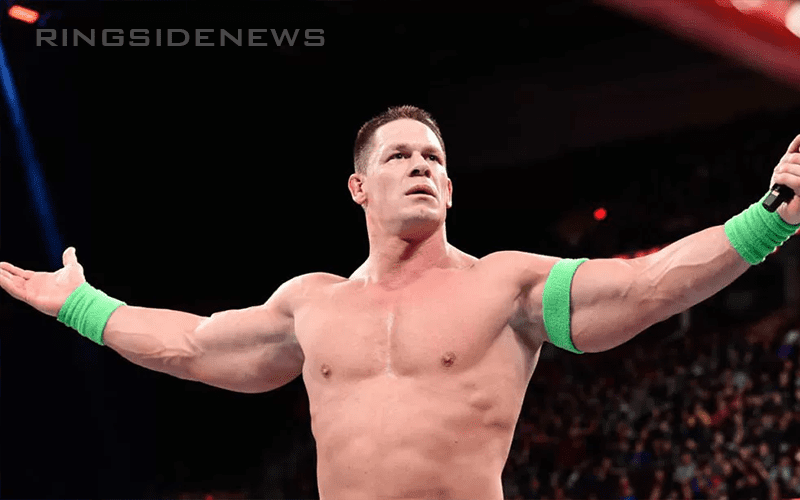 16-time World Champion John Cena was recently interviewed by The Blast, where the leader of the “Cenation” gave an insight into his age having an impact on his ability to perform in the ring, gave an update on his hairstyle and answered a few other interesting questions.

Cena was first asked how he is feeling physically and if he feels like he can keep up with the current roster of talent in WWE. In his response, he addressed those who call him a hypocrite for saying he would never stop wrestling.

“No, no! I feel the most healthy I’ve felt in my entire life. I’ve dropped 20 lbs, I’ve learned some stretching techniques over in China that my body actually feels great, but I’ve- full disclosure, I can’t run at the full commanding schedule at 41-years-old as the current WWE Superstars do. They go every day, all the time, and it is a young man’s game.

“I think [that] there are some folks out there that- certainly because of what I’ve said and done in the past who are like ‘oh, you’re hypocritical!’ I’m old, guys. I’m 41, and performing 310 times a year isn’t what’s best for my overall health. I wanna be able to run the streets at 80, instead of hobble around. So, I’m at a point in my life where I’ve kinda gotta think a little bit more long-term. That doesn’t mean I’m leaving the WWE. I’ll never leave the WWE. It’s my home, but I have to think of my overall long-term health and right now, this is probably the best play for me.”

Cena was asked if he intends to let his hair grow out any further.

“Well, originally I grew it out for a role and something fortunate has come my way, so I may have to keep it long. But uhh, I don’t know. I’m kinda- everybody wants it short so that kinda makes me want to keep it long.”

Continuing on the hair, Cena is asked if he enjoys having the longer hair.

“I don’t, because you gotta manage it. I really love the high fade, because you can just get out of bed and go. So, it’s another thing to take care of but I like it because I was self-conscious about it until this moment where I was forced to grow it out. So it’s a cool drill and like facing the uncomfortable and just walking the streets being proud of you.”

Finally, Cena was asked about the idea of re-entering the dating game. He joked about it, making note of the “Bumble” app.

“I had thought with Bumblebee coming out for Christmas, Bumble would be a good way to promote that. I don’t know. Still, up in the air, we’ll see.”

Do you find Cena hypocritical for stepping away from the ring? Do you like or dislike Cena’s current hairstyle? Let us know your thoughts, opinions, and reactions in those comments below.