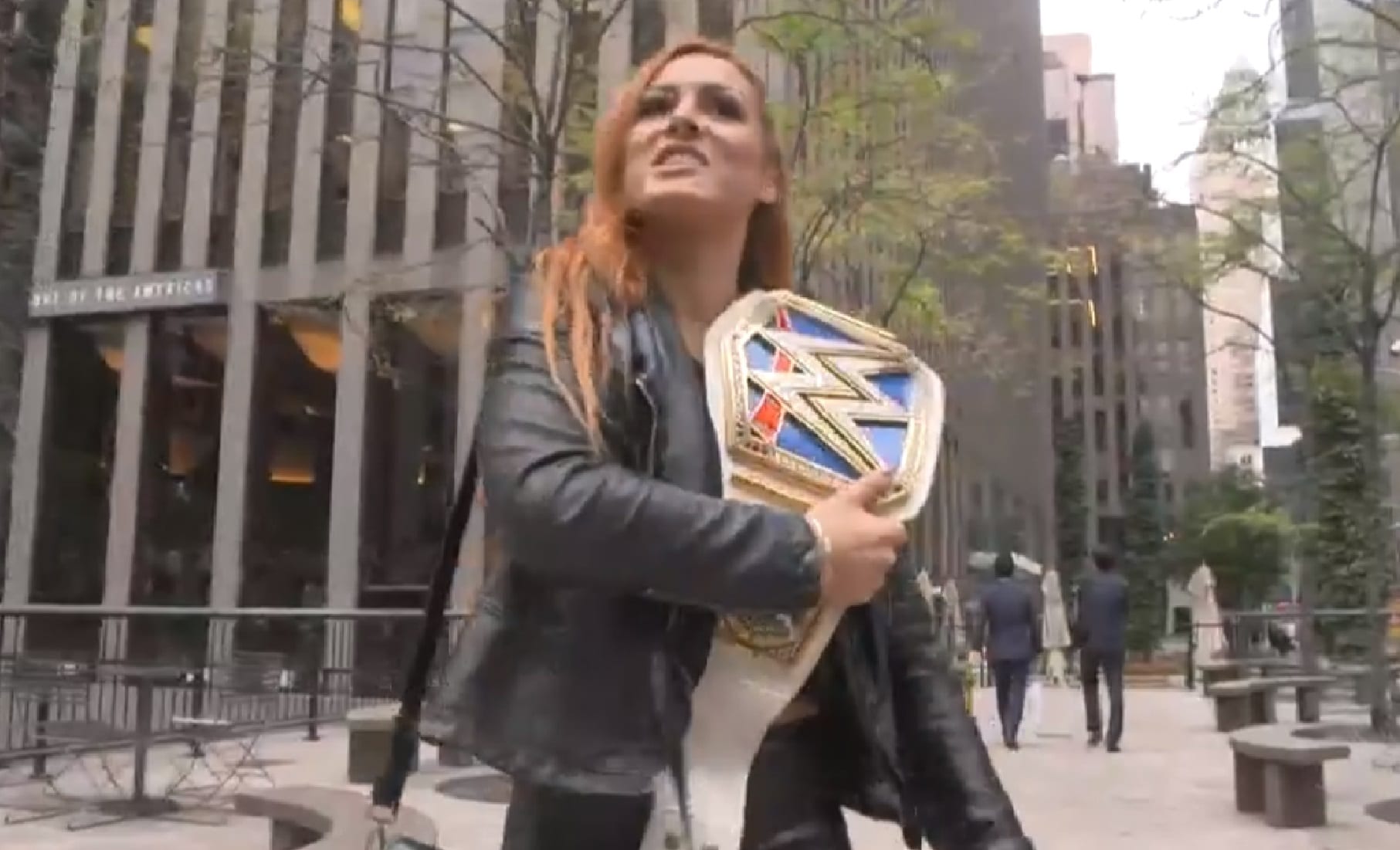 Becky Lynch is strolling into WWE’s first-ever all-female pay-per-view as SmackDown Women’s Champion and it looks like she’s in for a very tough battle at the event. Charlotte Flair won’t take it easy on the champion as she tries to regain her gold.

Lynch is currently doing media and promoting WWE Evolution as the champion which is something she always wanted to do — but those opportunities were stolen from her (according to Becky).

WWE released a diary video of Lynch as she started her morning before 8:00 am and she was already in a car headed to a media appearance. The Champ was able to get a little sleep though, so that’s good. But there is little rest for the wicked, especially if you’re talking about a heel champ.

Lynch appeared on podcasts, Sirius XM, and on Fox to promote the fact that the Champ was in NYC and WWE Evolution is going to be a huge fight. She’s enjoying the fact that she gets to do the media that alluded her for so long.

At this rate, Lynch is making a great champion but only time will tell if WWE plans on just switching the title back to Charlotte. But, The Lass Kicker is enjoying her time spreading her message and has no qualms about waking up early for a slew of interviews — because that’s what she signed up for.