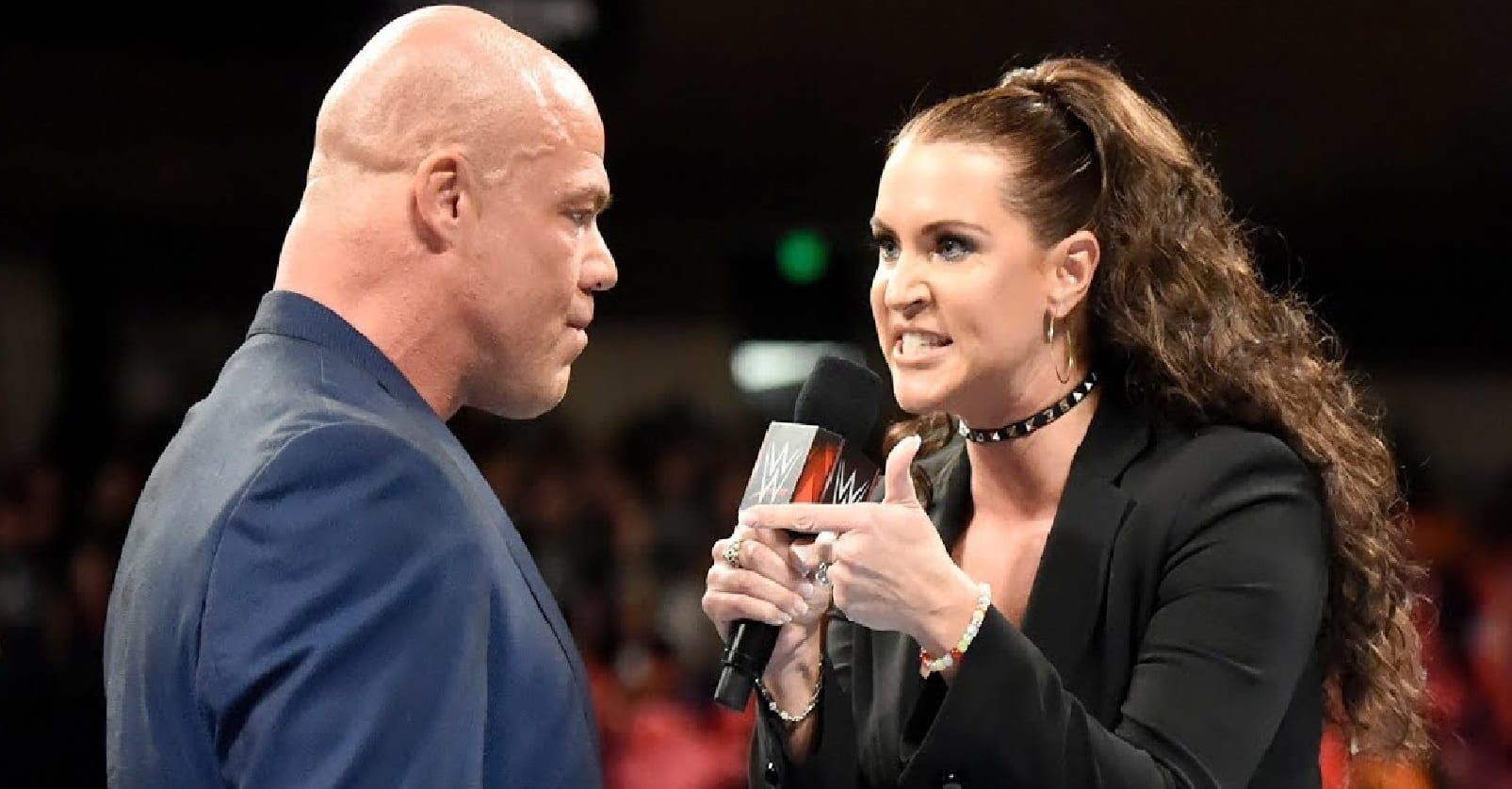 Stephanie McMahon is more than her character on-screen and she was born into the pro wrestling business. Bruce Prichard discussed on Something To Wrestle With how Stephanie would be a part of the poolside creative meetings when she came home from college. She was around the McMahon house as her stories of having dinner with pro wrestling legends from infancy that she’s told are very true.

During her summers away from college, Stephanie would work in the WWE offices and shadow her father, Vince McMahon as he ran the WWE and she wanted to learn everything she could.

Prichard said when Stephanie started taking a more concentrated effort during those times off from college, she would ask questions to learn the psychology of the business. She wanted to know why the heels would do this and why a babyface wouldn’t do that. She would often receive replies from Bruce and Jim Cornette as she picked their brains for as much information as she could.

But once the time came for her to wrestle, she took that even more seriously than just a summer job. After graduating with a Communications Degree from Boston University, she dove head-first into her new career in WWE. Prichard explained how McMahon’s eagerness to learn how to work in the ring was comparable to how much she wanted to learn the psychology of pro wrestling.

“Stephanie before she started this whole foray, she started training and she got in the ring with my brother [Tom Prichard] at the warehouse at the TV studio and she would train with him every single night and it was — and I remember Tom thinking that Kurt Angle was brutal to train with because Kurt would train all day long and want to get in the ring and go for 4 hours.”

“The only way that Vince was going to let her in the ring was if she did train and she did know what the hell she was doing and that was important to him that she trained the right way.”

Stephanie McMahon and her husband Triple H are famous for their midnight workouts and it looks like that’s just how her pro wrestling career started anyway — so why try to fix something that isn’t broken? Vince wanted to make sure his daughter did it the right way and she was more than ready to learn.

Little did Steph realize that so nearly 2 decades later she would not only have such a high corporate status in the company, but she would also be taking table bumps in front of 70,000 fans to create WrestleMania moments.