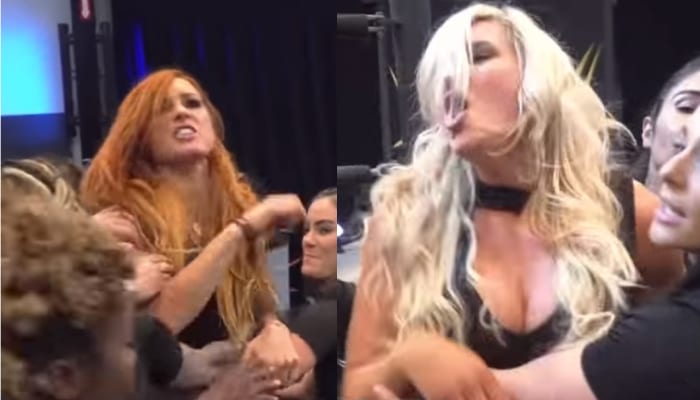 WWE Evolution is this Sunday and most people are expecting the longest match on the card to be Becky Lynch’s SmackDown Women’s Championship match where she defends against Charlotte Flair in WWE’s first-ever last woman standing match. This feud has been custom made for the Reality Era complete with a shoot-looking WWE Performance Center brawl. But maybe there could be another one on the way.

It was announced that Lynch will take part in an autograph signing in NYC and as Bully Ray stated on Busted Open Radio, he really hopes that something goes down in the Big Apple to hype this match — after all they need to draw as much attention as possible to the event because there are still plenty of tickets left unsold (for around $10 too).

Only time will tell how WWE books the remaining moments of this feud toward WWE Evolution between Lynch and Flair. But a very public attack might just be enough to get a lot of people interesting in the unpredictability WWE has to offer if they dove head-first into this Reality Era storyline.