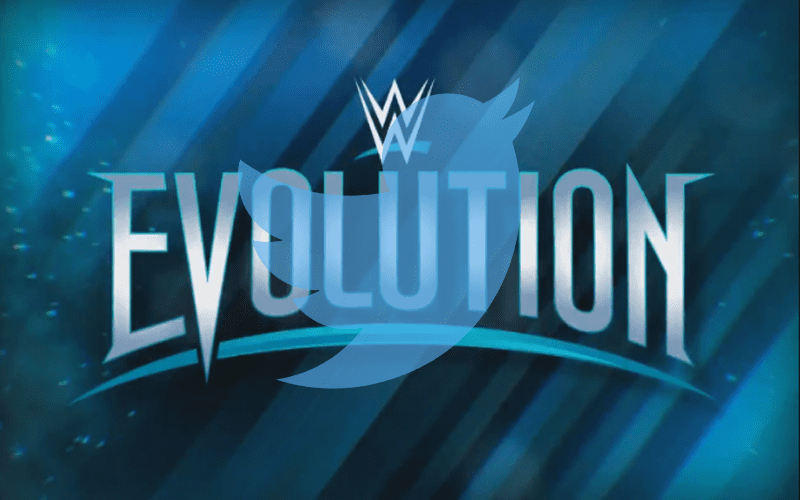 While Evolution is being promoted as the first-ever all-women’s PPV, it seems WWE is attempting to add another ‘first-ever’ to the show, as they have confirmed they will be streaming the first half-hour of the Evolution broadcast to Twitter.

Beginning at 7 PM ET, WWE intends on casting the first 30 minutes of Evolution live to Twitter through the @WWE, @TwitterLive and @TwitterSports handles.

Additionally, WWE will allow users to use the hashtags #WWEEvolution, #RondaRousey, and #NikkiBella throughout the entire Evolution broadcast. Each of these three specific hashtags will have an accompanying emoji to it.

This does not mean WWE will be removing the kickoff show for Evolution that begins an hour prior, as they have confirmed that fans can watch that on Twitter, Facebook, YouTube, Google+, Pinterest, the WWE App and, of course, the WWE Network.

Through this, we can also learn that Ronda Rousey vs. Nikki Bella will almost definitely be the main event of the evening, as WWE neglected to have custom emojis for the Charlotte Flair vs. Becky Lynch match- which many fans expected to main event given it is the first-ever Last Woman Standing match.

Does the Twitter livestream interest you? Do you think it is a wise decision for WWE to have the first 30 minutes available to everyone? Let us know your thoughts, opinions, and reactions in those comments below.