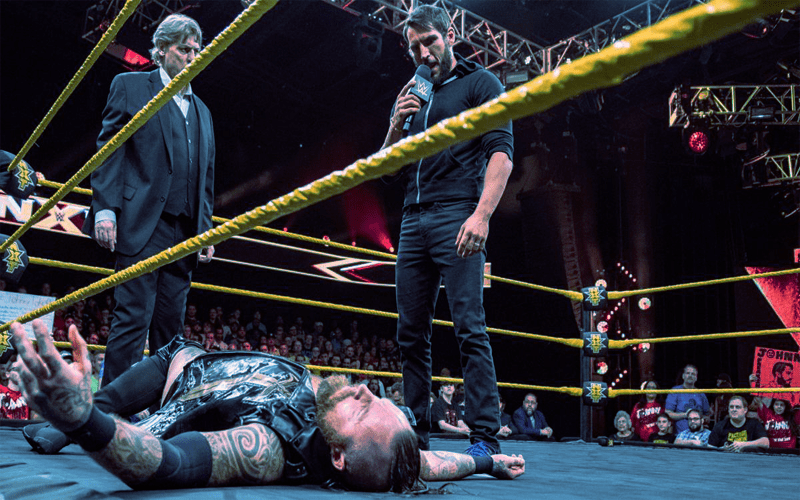 Johnny Gargano shocked wrestling fans earlier this week when it was seemingly revealed this week during NXT that he was, in fact, the man who had attacked Aleister Black a few months back, causing the former NXT Champion to be out of action.

NXT pre-show panelist and podcast host Pat McAfee has now reacted to Gargano’s actions on the yellow brand, going into detail about how fan perception played a part in why Gargano’s turn was so shocking.

He had the following comments to make:

“You know the World Series is happening? There ain’t no curveball happening like the curveball that happened in NXT this week. None! Ain’t nothing in L.A. or in Boston, [there] ain’t nothing breaking like this one…

“Johnny Failure became a lunatic! And it just broke- this is the curveball of all curveballs, from 12 to 6, falling off the shelf, people never saw this coming. There are so many questions. Who done it?

“Months! We’ve been waiting months to hear this ‘who done it?’ Johnny Gargano. You know what they say? It’s the person you least expect. Ain’t nobody expect Johnny Gargano to be the type of guy who would run up on the Dutch [Destroyer], Aleister Black and attack him from behind. Wow!”

Check the clip out below:

Did you see Gargano’s turn coming? Do you believe Black vs. Gargano will take place at NXT TakeOver: War Games? Let us know your thoughts, opinions, and reactions in those comments below.