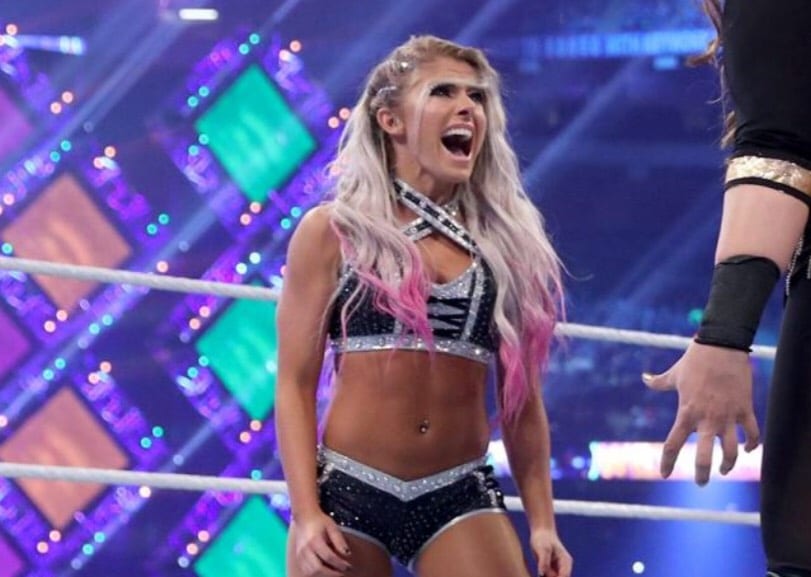 Alexa Bliss has been pulled from Sunday’s WWE Evolution match, where she was scheduled to team with Mickie James to take on Trish Stratus & Lita. WWE announced Alicia Fox will replace her in the match but didn’t elaborate exactly why Bliss was taken out of the match.

Although James was originally slated to team with Alexa Bliss, The Goddess will be replaced by the wily Fox in this blockbuster matchup, and will instead be in Mickie & Alicia’s corner.

It was previously reported this week that Alexa suffered a concussion Saturday night during a match with Ronda Rousey. Her status for the first-ever all women’s event has been up in the air ever since and she has now been officially removed. WWE was hopeful that she would be cleared in time for Sunday’s event but it now appears that it’s not happening now and has been replaced.

After the news hit the news of Alexa being pulled, she sent out the below tweet.