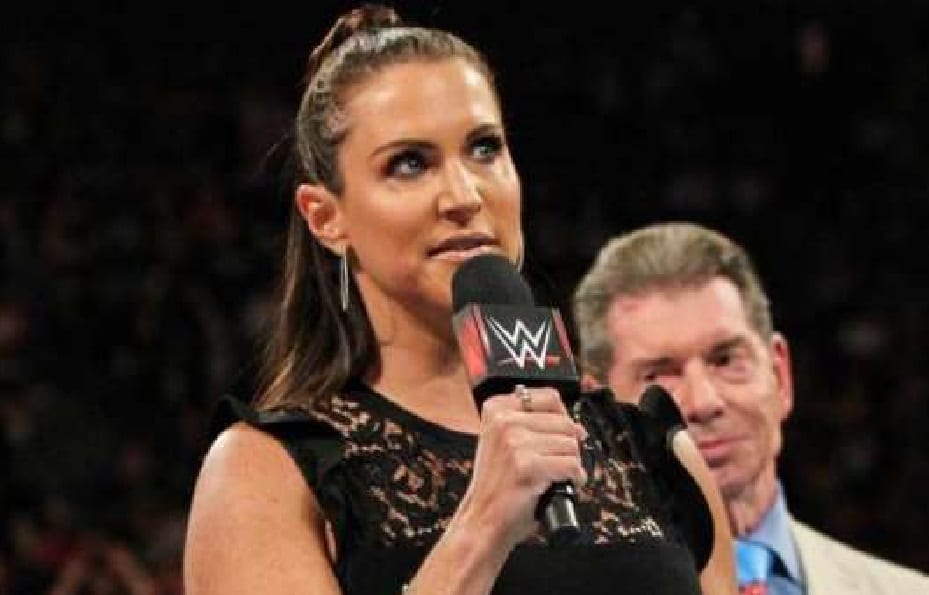 WWE Evolution is set to be a pretty big event in WWE history even if the event isn’t viewed as that big of a deal backstage. Naturally, fans are wondering what someone like Stephanie McMahon will be doing during the big show — and now we have our answer.

Bryan Alvarez said on Wrestling Observer Live that he has heard that there will be several video packages throughout the Evolution pay-per-view. He said that he has been told that Stephanie McMahon will be providing voiceovers for at least a couple of those promos.

Of course, there is always the possibility that Stephanie will show up anywhere during the Evolution event, after all, she has a pretty important role in the company and (according to WWE’s version of history) she is responsible for a lot of the WWE Women’s Revolution in the first place.

Alvarez also mentioned that if Steph is making an announcement then she will probably be unveiling new Women’s Tag Team Titles which was first reported by Barnburner’s Joe Peisich as we reported on October 9th.

So even if Stephanie can’t make it on camera during the 3-hour event with 8 scheduled matches — at least we’ll be hearing her.