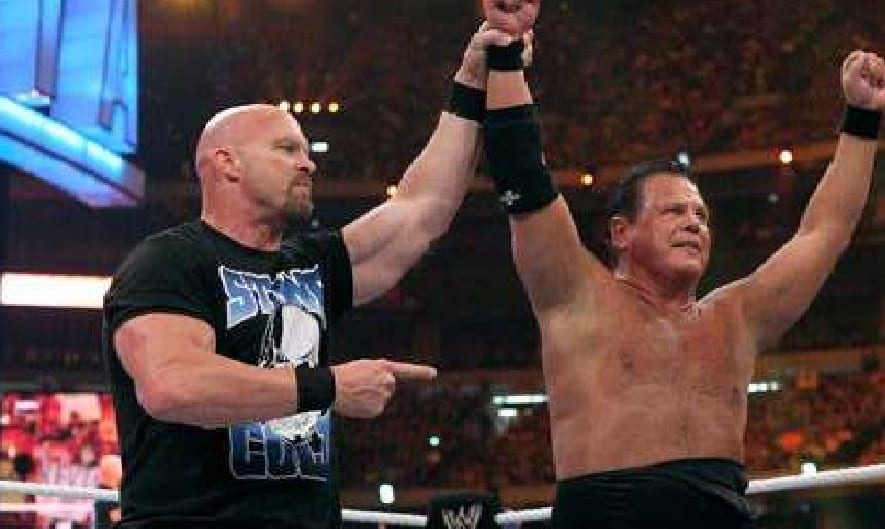 WWE is trying their best to attack attention to their WWE Network, especially with a new deal with Fox Sports on the horizon. It seems like they have a lot of very interesting ideas as well.

WWE sent out a survey to some WWE Network subscribers recently that got everyone very excited about the idea of doing a tier system for the WWE Network — of course this has been kicked around in the past but it seems like it’s happening now.

The survey proposed that fans might have the option for a second commentary team during some events. This is interesting because as noted in the Wrestling Observer Newsletter, Vince McMahon can’t be in the ear of 2 announce teams at once — although they’d have to play by the rules. What makes it even more interesting is that Steve Austin and Jerry Lawler were listed as possible options for fans to vote on — and we don’t know who wouldn’t vote for that option.

They plan to focus their more expensive tier, around $15 probably at including pro wrestling shows that aren’t WWE. After all, WWE has a lot of libraries and they’re just sitting on hours of footage. But another idea could be very interesting as well.

Whether you’re into other promotions like EVOLVE, ICW, and other promotions that WWE owns the libraries for is another story. But if they have The Rattlesnake and The King as a commentary option, that might just be worth more than five bucks a month to get to enjoy those WWE Hall Of Famers discuss the events on screen.