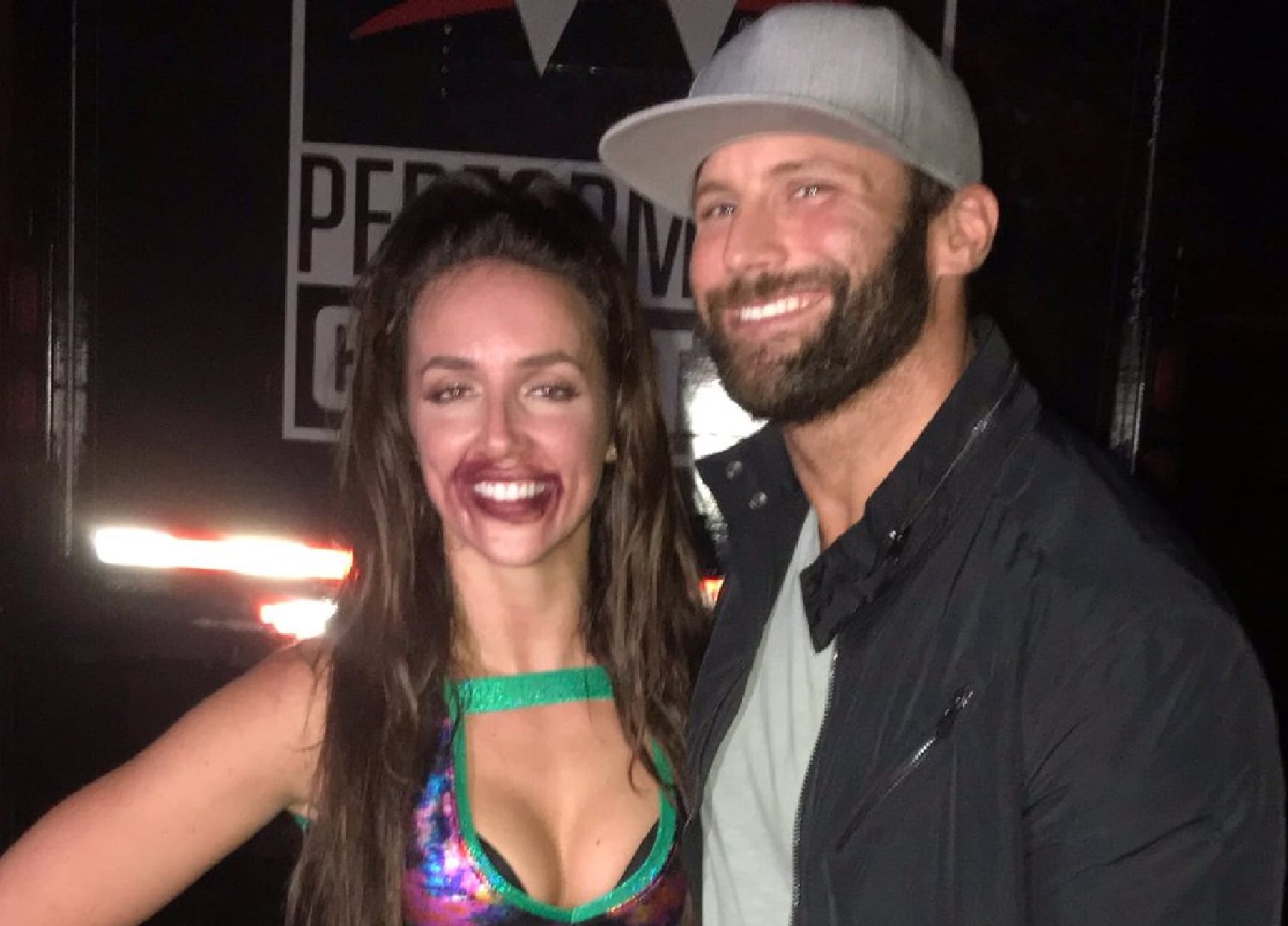 Chelsea Green was one of the hottest female free agents in pro wrestling after leaving Impact where she was known as Laurel Van Ness. Her makeup was smeared and she was a scorned bride bent on revenge — and she didn’t care who she took her crazy out on.

Green signed to WWE recently after her WWE Performance Center tryout went very well and fans of her couldn’t wait to see and NXT debut. It happened for Green tonight in Largo after her initial debut had to be postponed.

But when she emerged from the ring, she was sporting the same gimmick she donned in Impact Wrestling with smeared lipstick and a big smile — just as she appeared at ALL IN where she competed in the female fatal four-way. Only time will tell if she will keep the same mannerisms once she shows up on NXT television, but it will be interesting to see.

Green took on Deonna Purrazzo, a woman who was actually booked for ALL IN, but she had to cancel because she signed with WWE. Fans at Largo praised the match and how much Purrazzo and Green brought it. But, in the end, Purrazzo pulled out the W.

What a match. Awesome debut for @ImChelseaGreen. Let’s get that on a TV taping SOON! @DeonnaPurrazzo #NXTLargo #HotMess #Virtuosa pic.twitter.com/Hxpqi0Yiaz

Zack Ryder, Green’s boyfriend says he has never seen her wrestle live before. After all, she’s always been wrestling for the competition of WWE. But he made special plans to be in Largo tonight to watch his lady wrestle and he couldn’t have been prouder.

I’ve never seen @ImChelseaGreen wrestle live before…so I made sure to be here tonight for her first @WWENXT match. I’m so proud of you babe…I love you. pic.twitter.com/9538yztzaq