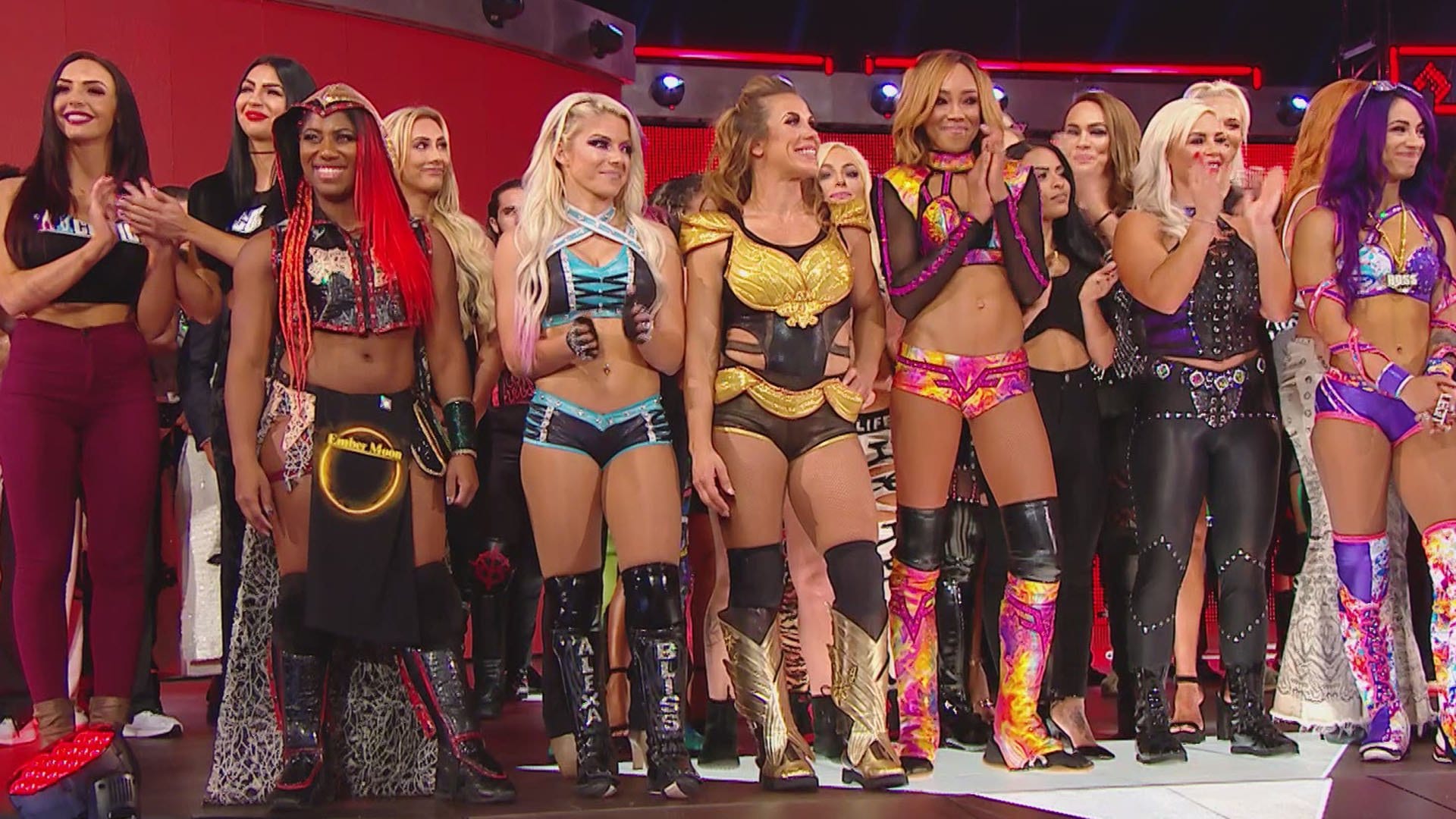 While appearing on the Breaking Kayfabe podcast, Shayna Baszler revealed that WWE originally had plans to have NXT talents be a part of the Evolution announcement but explained that the company pulled the plug on the idea after a series travel issues.

“They pulled aside the girls the Monday morning of the announcement and were going to fly us to RAW since they wanted NXT representation. We were suppose to be on the stage when Stephanie was making the announcement. We hustled to get to the jet, not a commercial plane. We packed our bags and raced to the airport which was a 30-40 minute drive. When we get there we found out the flight was delayed and we’re sitting there. It keeps getting delayed.”

“So we finally land and we’re told it will take another 30 minutes to fuel up the plane. We know the segment will be the first one so we decide to do our makeup and get our gear on right there since we’ll need to get off and go straight to T.V. since it will be the first segment on RAW.”

“So during the walk through the pilot, who was hired by WWE, we’re told he hits his head on a crossbeam of the plane and split open his head and had to get stitches. All this time, we were in contact with the WWE and they finally said it’s not gonna happen, so I had to watch it on TV.”