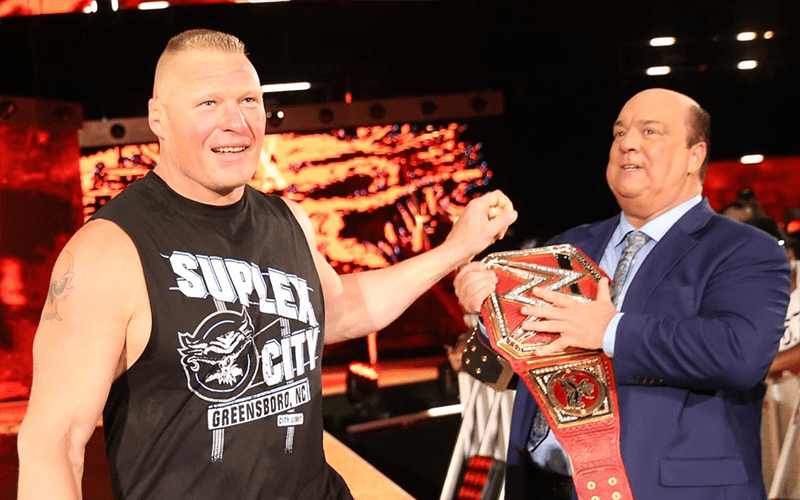 Roman Reigns’ announcement that his leukemia has come back struck a chord with the WWE Universe and the rest of society for that matter. He made mainstream news all over the place and his progress is of great interest to millions of people who care about him. But the WWE show must go on, so a new Universal Champion must be crowned.

The previously booked triple threat match at Crown Jewel between Reigns, Brock Lesnar, and Braun Strowman was simply changed to a singles match between the Monster Among Men and the Beast Incarnate now. A lot of people are assuming that Lesnar will lose because he has UFC obligations and he’s training for another fight in the Octagon — but WWE has surprised fans before.

One person tweeted at Dave Meltzer asking him about a rumor he heard about Lesnar. For the record, we have not heard anything about the UFC not wanting Lesnar because he popped a drug screen — but he did get a response from Meltzer concerning Lesnar’s chances of winning back the Universal Title at Crown Jewel.

It was said that “if Vince pays him more than UFC does,” then WWE has a chance of getting Lesnar to stick around. Only time will tell if they will be able to pull a big enough money truck up to Lesnar’s house to get him to agree to become Universal Champion once again — but if he doesn’t then Braun Strowman would certainly be more than willing to carry the UT instead.

If Vince pays him more than UFC does. https://t.co/zz2Dzrhqdc