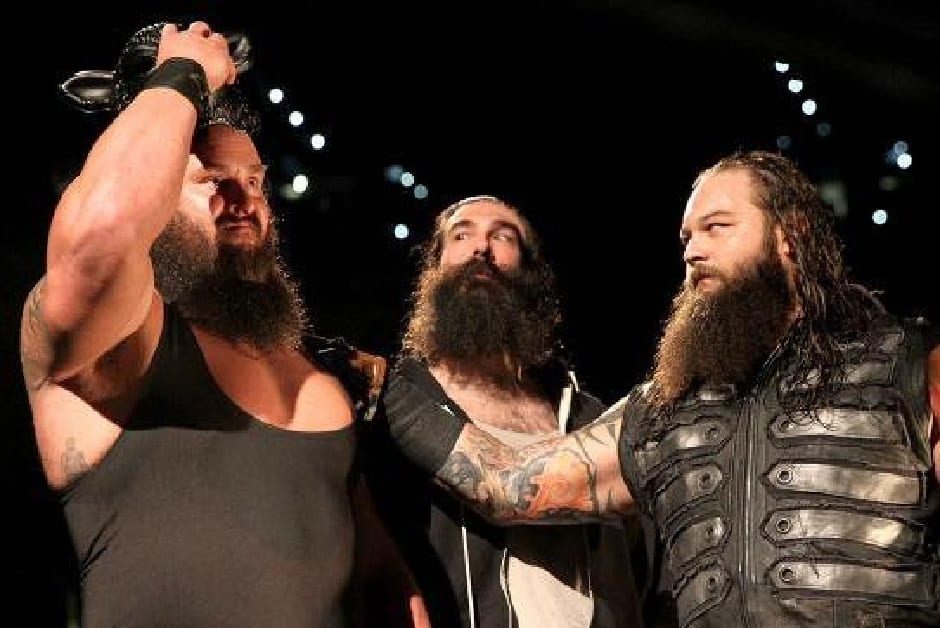 Bray Wyatt hasn’t been seen on television since his tag team partner Matt Hardy had to break up the Deleter Of Worlds because he wrestled his last obligated WWE date and he was moving into a backstage role. Hardy and Wyatt were Raw Tag Team Champions for a run as well which was received pretty well.

At around the same time, over on SmackDown Live, Erick Rowan went out of action with an injury effectively ending the Bludgeon Brother’s own title reign as well. Now it seems like WWE might be trying to figure out how to make chicken salad out of the situation.

It is noted in the Wrestling Observer Newsletter that: “Since neither has had anything to do since both were in teams and their partners were injured, there was at least a pitch done for Wyatt & Harper to be put back together.”

It’s interesting to note that Braun Strowman, who very well could walk out of Crown Jewel as Universal Champion recently left a heel faction and turned babyface — he used to follow the buzzards as well.

A reunion like this might be much appreciated by fans of The Wyatt Family — even if it’s just Wyatt and Harper. If anything it would be great for Wyatt because he can return to television without having to wait longer for a new gimmick. Only time will tell what they decide to do though, but placing Harper back with Wyatt might just be a welcomed idea — especially considering WWE’s need for talent at this point.