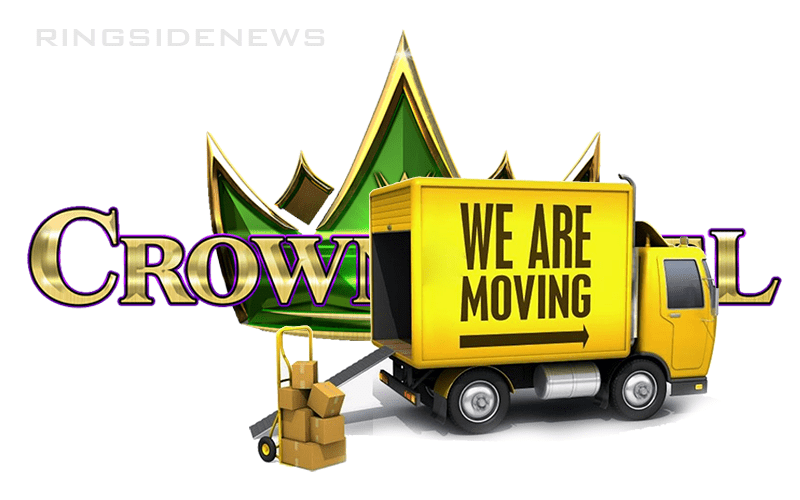 WWE Crown Jewel needs to happen at this point — or at least one match does because, since Roman Reigns’ sad leukemia announcement, we need a Universal Champion. Then again, we essentially went so long with an ultimate part-time Universal Champion in Lesnar that it might just feel like old times to have nobody hold the big red belt.

But WWE has a decision to make and as Dave Meltzer explained on Wrestling Observer Radio, if WWE relocates the Crown Jewel event (which is happening in 8 days) then they won’t have the money to pay The Undertaker, Shawn Michaels, or even Brock Lesnar for the show because they were being brought in thanks to the massive Crown Jewel budget provided by the Saudis — but WWE has the money to pay them anyway, right?

Meltzer then went on to explain that there are a couple different ideas floating around in WWE at this point. One is simply betting that in a couple of weeks this entire situation will have blown over and people would have forgotten about what the Saudi Arabian government did with their alleged involvement in the murder of Washington Post journalist Jamal Khashoggi.

“I think that who knows for sure, but I think the idea if they can’t go on November 2nd is that they could go on November 23rd, you know what I mean? Like in a couple of weeks everything will cool over and they can go. I think that’s kind of fantasy. I don’t think they realize the magnitude of what’s going on. Well, clearly they don’t. Because if they realized the magnitude of what’s going on, they would have pulled out on their own.”

Yes, if WWE puts off the Crown Jewel event then it might happen after Survivor Series which is slated to take place in LA on November 18th. So WWE definitely has a decision to make. Only time will tell what WWE will do but to be blunt, and agreeing with Meltzer — WWE should have already done something about this weeks ago so they might have already given themselves the time to come up with a Plan B for Crown Jewel.