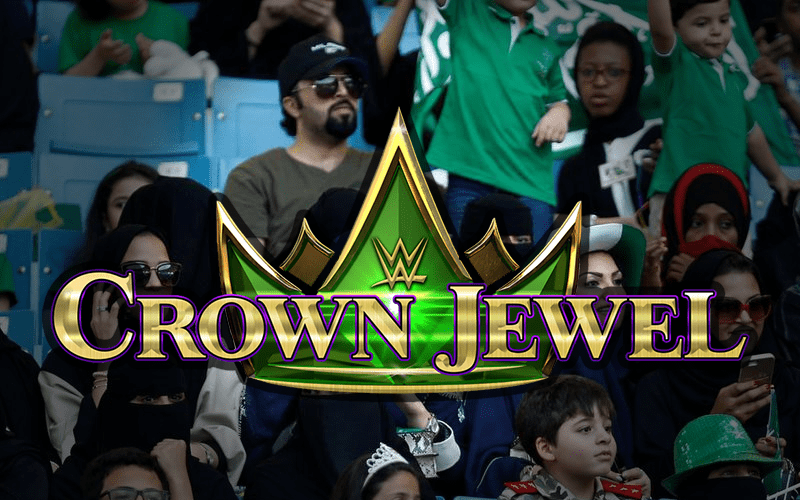 WWE Crown Jewel is set to be an event in Riyadh Saudi Arabia and WWE is sticking to their guns and holding the event anyway. While there have been some fans that are very vocal about this show to voice their displeasure — that doesn’t seem to matter to most fans.

The vocal minority might be crying for WWE Network cancelations and people banning the event on every platform. But that doesn’t change the fact that we are going to see a new Universal Champion crowned in Saudi Arabia and people want to see it.

PW Stream, a very popular Twitter account put out a survey on the morning of WWE’s announcement that they will carry on with the Crown Jewel event in Saudi Arabia. At this point, a mere hour after a poll was released asking fans what they were doing about Crown Jewel, over 26,000 fans responded. 80% said they would be watching the show while 17% said they will not be tuning in while a mere 3% said they have already canceled their WWE Network subscription.

This is pretty big proof that regardless of where the event will take place, WWE still has plenty of fans who will still be watching. After all, the controversy was really kicked into high gear well into WWE’s plans for the Crown Jewel event — most of the card was already announced. So you really can’t fault WWE too much for carrying on with the event because canceling it would be losing too much in regards the time, money, and effort — and you also can’t blame fans for wanting to see it either. 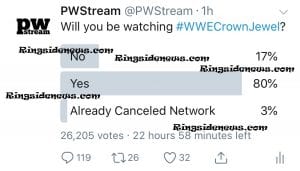