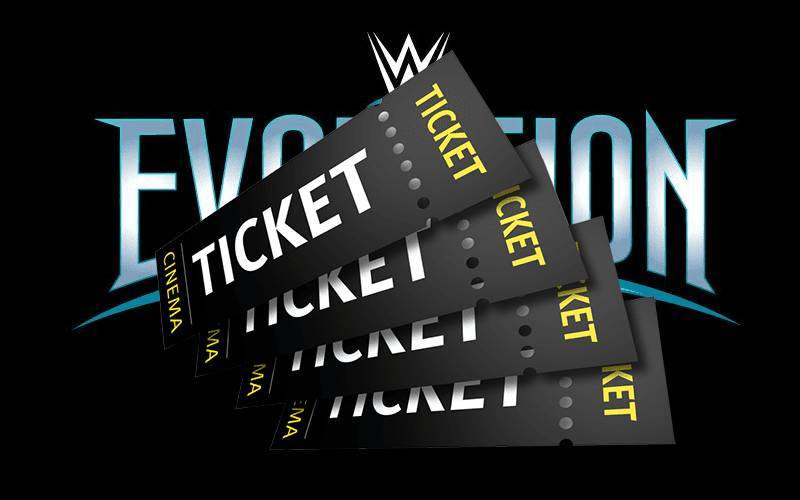 Evolution is coming up fast and it seems like the scalpers might have bitten off more than they could chew with this one. It’s never good to see someone lose money, but some scalpers will definitely be taking a bath if they loaded up on WWE Evolution tickets — because they’re practically giving them away.

Some tickets for the event are as low as $8-9 and we’re not even kidding. That is how badly scalpers realize they messed up with the event which might leave WWE with a lot of tickets sold but nobody in the seats. It’s both a good and very bad problem to have, especially for a first-ever pay-per-view of its kind.

Dave Meltzer said on Wrestling Observer Radio that when they sold 7,000 tickets before Ronda vs Bella was announced that 3,000 of those tickets were scalpers. He said it’s an “interesting demand,”  but the crowd who shows up will still be into the event.

So if you’re in the area and want to make a pretty historic WWE event, you can jump on the secondary market and steal some good seats. For around $350 you can get floor seats right next to the ring and $70 will get you probably the best view of all the action from the lower bowl — those are not WWE pay-per-view secondary market prices. These are prices from scalpers who see an event coming up and know they’re going to have tickets unsold for the event.

Hopefully, there will be a surge in popularity and WWE will be able to sell out the event legitimately with a butt in every seat, but it looks like they might need to be bringing the tarp to cover some sections and move people up just in case. 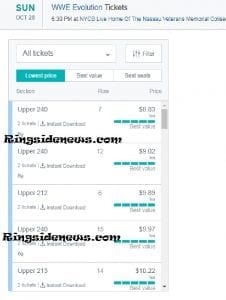