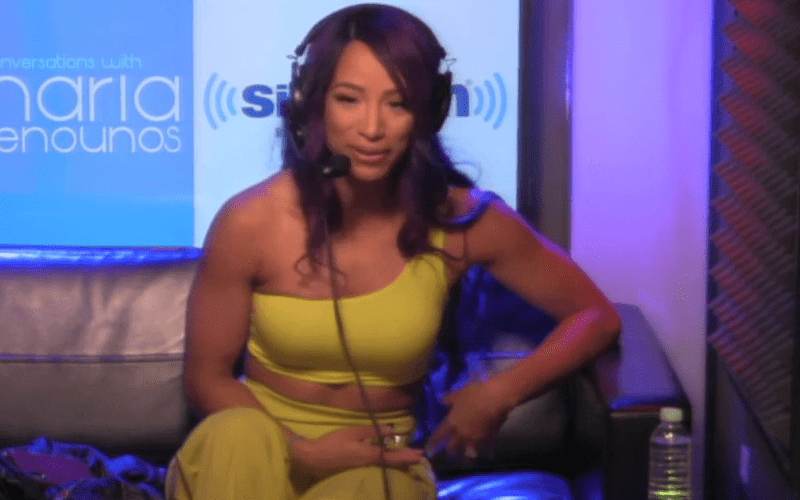 Given how historic the first-ever all-women’s PPV Evolution will be this Sunday, it is likely that Stephanie McMahon reveals the Championships for both brands. However, we have no confirmation on that just yet.

RAW Superstar Sasha Banks was a guest on Conversations with Maria Menounos, where the former RAW Women’s Champion explained why she feels the women on RAW both need and deserve the Women’s Tag Team Championship.

Here is what Banks had to say:

“I love both, but for me, if I’m not in the title picture then I’m not really doing anything. I’m not really focused. So I feel for- in the meantime, there has to be that kind of second Championship to fight after so people get behind you and know the importance of winning a match. You know? You want to win to get to that next step of being a Champion.

“Being a Champion means you’re the best. For me, Ronda has it, but I still know that I’m better than Ronda Rousey. So if she has that right now, then I need to be a Tag Team Champion right now with Bayley, so I hope in the future that it does happen because I think we have so many great teams right now.

“We have The IIconics, Mickie [James] & [Alicia] Fox, we have Absolution… There’s just so many teams and you know, we have tag team matches on RAW every single week without titles, so why not make tag titles to fight for?”

You can find her on the show in the video below:

Banks also discussed her reaction to Roman Reigns’ leukemia news and also revealed why she has been out of action recently.

Do you think WWE should add Women’s Tag Team Championships? Who should win the Championships first? Let us know your thoughts, opinions, and reactions in those comments below.