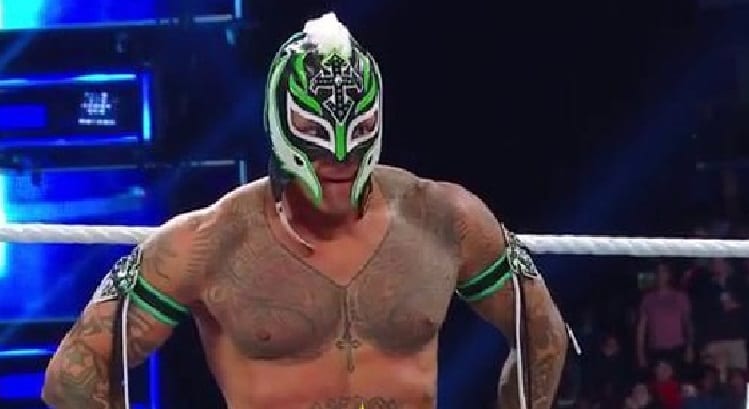 Rey Mysterio’s return to WWE could be a pretty big deal, after all, he’s signed on to be with the company for 2 years and will be working enough shows and events to get into some interesting programs. But that didn’t seem to help him make the recent house show in Boston.

Mysterio was advertised for the event but didn’t show up which made some fans worry that he is injured. But as everyone knows, he showed up on Miz TV this week to explain why he returned to WWE — and then he defeated the A-Lister in a match.

It was reported in the Wrestling Observer Newsletter that: “Mysterio had a personal family commitment that he told WWE about this past week that made it impossible to make. WWE was completely cool about him missing the shows with a family comes first feeling.”

So you can stop worrying that Mysterio is working hurt or he’s injured. Besides, even with so many knee injuries in his history, he still worked a match against The Miz this week with no issues. Only time will tell if he will go on to win the World Cup Tournament at Crown Jewel on November 2nd as well.