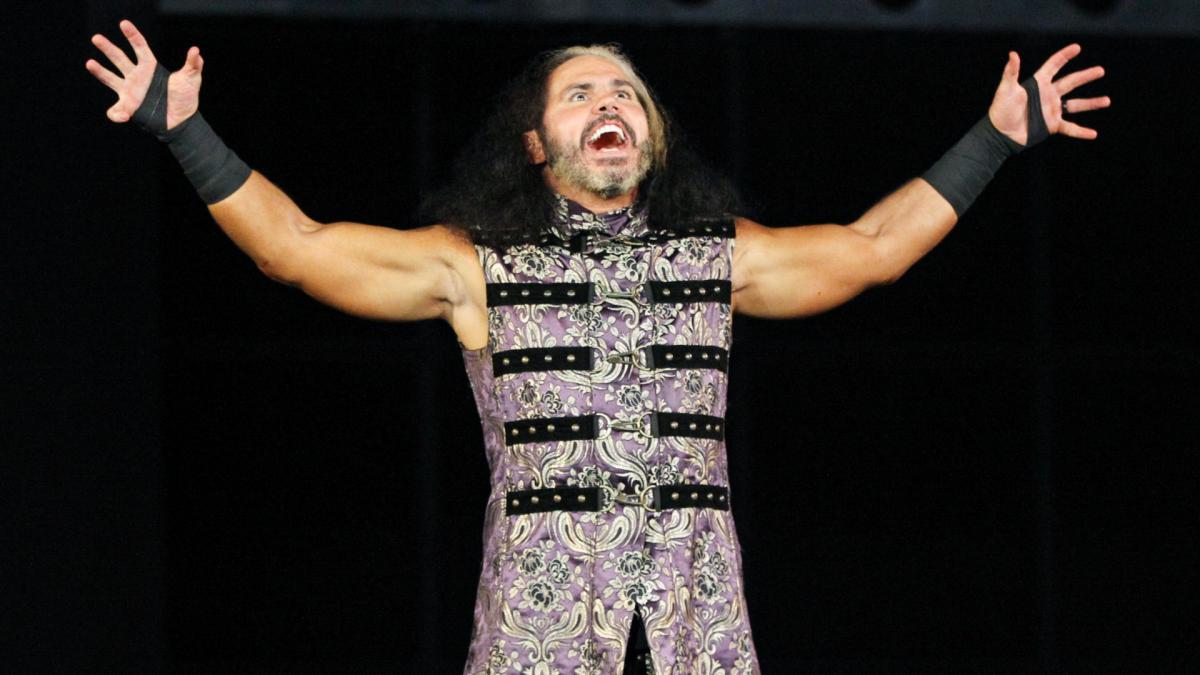 Given the extent of the injuries WWE Superstar Matt Hardy is facing, the general consensus from most fans was that he wouldn’t return to the squared circle to compete again. In fact, Hardy so much as said that himself during a WWE live event recently.

During an interview with Cultura Colectiva, Hardy seems to confirm that he isn’t done with in-ring competition and may return to the ring in a physical capacity. The first hint of this was when reporter Oliver G. Alvar asked Hardy what he expects from the upcoming WWE live event in Mexico City.

“It’s going to be earth-shattering! It’s the only live event we’re doing all year and all the top stars of both brands will be there: Roman Reigns, Seth Rollins, Ronda Rousey, AJ Styles, me, my brother—everybody! I’m in fact gonna petition to have a Hardy Boys tag-team match even though we’re on different brands. I’m excited for this, man.”

From here, Hardy would also note that while it isn’t finalized what he’ll do when he returns to WWE TV, it is likely he won’t be “woken” or “broken,” though he expects that side to pop up, almost in similar fashion to how Finn Balor transforms into The Demon- though Hardy makes the comparison between himself and Bruce Banner, who transforms into The Incredible Hulk.

“It’s not 100% decided what I’ll end up doing once I return to WWE TV, that hasn’t been finalized yet. But I’m pretty sure we’ll take a tangent from the Woken/Broken Matt Hardy persona. That persona will definitely live on at the Network, and it might come back out on TV. I feel like when I return to WWE TV it’s gonna be—have you ever seen The Incredible Hulk when Bruce Banner got angry and turned into this green monster?—well, I feel you’re gonna have Matt Hardy and then there’ll be something that causes Matt Hardy to transform into Woken or Broken Matt Hardy.”

Hardy also confirms during the interview that the Hardy Halloween special will be part of the larger series that was in discussions. The title of the series will seemingly be “House Hardy,” according to the former RAW Tag Team Champion.

“Yes, on the WWE Network there’s gonna be a regular series featuring Woken/Broken Matt Hardy and my family, which will be entitled House Hardy—the first episode is going to air right around Halloween. It’s going to be incredibly entertaining! I’m looking forward to that. On the other hand, when I come back to WWE TV, my role is going to be altered a little bit (it won’t be 100% Broken/Woken Hardy.) So, I get to have the best of both worlds.”

You can find further comments by Hardy here.

Do you believe it is a wise decision for Hardy to get back in the ring? Do you think he will have any further matches? Let us know your thoughts, opinions, and reactions in the comments below.

With H/T to Cultra Colectiva for the transcription.