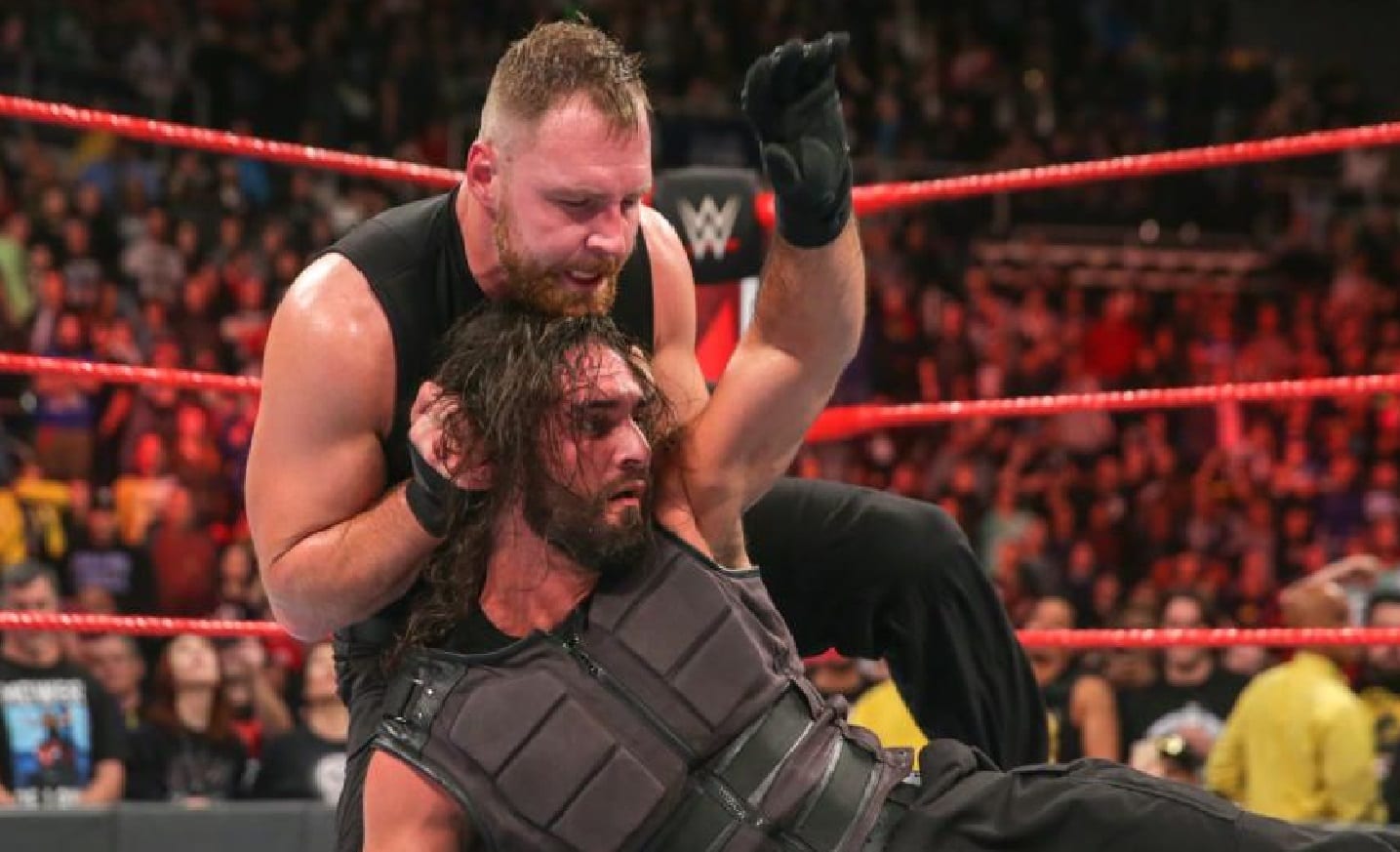 This week’s Raw was an emotional rollercoaster, especially for the Providence fans who got to see it live. We’ve heard from multiple fans at the event that they felt spiritually exhausted by the end of the night and we can relate because it was pretty hard to sit through at home.

After all, Raw kicked off with Roman Reigns’ unbelievably sad announcement about his hiatus and then the night was capped off by Seth Rollins and Dean Ambrose winning the Raw Tag Team Titles in a match dedicated to the Big Dog — then Ambrose turned on Seth in shocking fashion.

Dean Ambrose wasn’t even supposed to turn heel yet and WWE capitalized on the moment to bring heat to the situation.

Joe Peisich stated on Barnburner’s No Holds Barred podcast that he has heard a couple interesting scenarios about what WWE could do with this current situation with the remaining members of The Shield. But one thing is for sure, Seth isn’t done with Dean yet.

“We mentioned the tag team titles. Okay, so I have heard some scenarios going around. Number 1, they keep the titles with 1 guy like it’s a tag team match fighting for the titles or they’re doing a tag team tournament and who knows who wins that whole thing?”

“Now Dean Ambrose and Seth Rollins will have a feud now I believe going until March or April over the Intercontinental Title.”

It was noted that WWE isn’t doing much with AOP and they have a couple teams who could be deserving of holding the titles as well. But it doesn’t look like Dean and Seth will be able to work together very well after Ambrose’s unexpected and ill-timed heel turn.