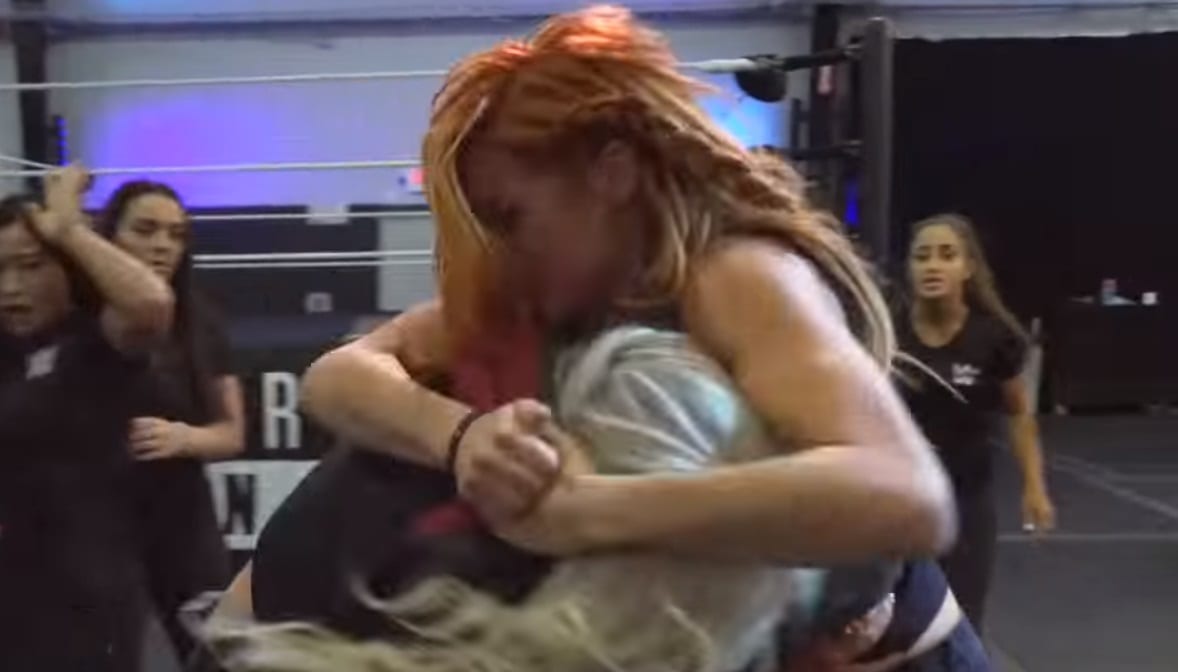 You never know what can happen in WWE. But in reality, you never know what they will turn from a shoot into a work. After all, few fans expected a brawl would ensue when they heard Charlotte Flair was going to the WWE Performance Center to speak to female NXT Superstars.

We finally saw the brawl between Becky Lynch and Charlotte Flair on Smackdown Live last week and it was a segment worth watching. Not only did they show some of the Q&A for Flair, but Lynch’s arrival was something worth watching as well.

It’s hard to believe that everyone thought this was a shoot, but it was still done very well. With these kinds of reality-based storylines WWE might be headed in the right direction, at least it has piqued our interest.

You can check out the entire video below and let us know what you think. Does this make you any more excited about WWE Evolution?