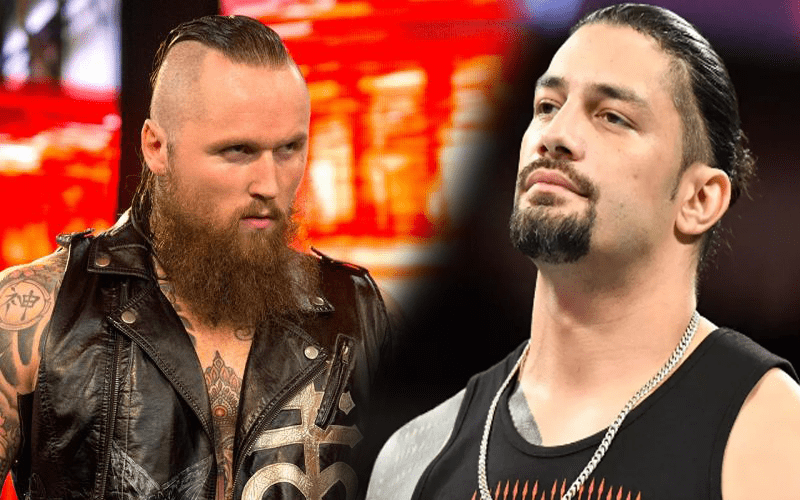 I am not someone who usually does this, but given the circumstance I felt I wanted to write a little bit.

When I started out in wrestling it wasn’t easy to get in as it is now. Back in 2000 wrestling, especially coming from the Netherlands, was still somewhat hidden. People weren’t eager to train you, and you’d have to seek out your training in different countries and finding people that wanted to train you. It wasn’t as easy as paying a school and just going there.

I’d like to think that a part of my training enjoyed some classical aspects in the form of respect. Respecting other people’s moves, other people’s characters, and lockerroom etiquettes. Something that to an extend was also found in the Dojo’s that I used to train when doing Pencak Silat or Kickboxing.

I would carry this with me along the path to other places in Europe, Japan and eventually the WWE.

Fast forward 17 years and it is May 2017 and I am having my first tour with RAW, live events and working Main Event against Curt Hawkins.

During the Live events I’d make sure that the lockerrooms were kept clean after the wrestlers were gone, the garbage was taken care of, towels were stacked and that post match people had water, especially the uppercard. Stuff that in my opinion is long forgotten and not practiced anymore, however I feel that these things are important as they teach about respect and keep you humble, something very much needed in this generation.

After a few nights we sat down as I also tried to let people get to know me as it is important for the people that you work with to see you and are able to interact with you, these are your colleagues and the people you work with for hopefully a very long and fulfilling time. During the sit down I got a chance to talk to Roman a little bit and we talked about tattoos, music, his background and his heritage.

At a certain point during that conversation Roman looked at me and said “I don’t want you cleaning the lockerrooms anymore.” “I want you to understand that you belong here and I want for you to kill it every night and be part of the team, that’s all I care about.” “you’ve been wrestling long enough to understand how this works, so please, relax.”

I would’ve never stopped doing that until a lockerroom leader like Roman, Seth, Bray or Finn would’ve told me to stop, because that’s how I was taught. Earn your keep, earn your place, earn respect.

Every time after that when I would see him he would greet me with a big hug and ask me how I was doing in his calm and composed demeanor.

Despite not knowing Roman very well, despite having limited interactions with Roman I am very thankful for them. At the end of that same tour Roman told us to be thankful and that no matter what match you had, good or bad, the beauty was that we get to do it all over again the next day.

All the strength to a fantastic human being, performer and leader.

Till we meet again, Roman.”

This also came after an indie wrestler who trained under WWE Raw Tag Team and Intercontinental Champion Seth Rollins shared his own heartwarming story on Reigns. You can read more about that here.

What are your thoughts after reading this? Were you a fan of Reigns? Let us know your thoughts, opinions, and reactions in those comments below.