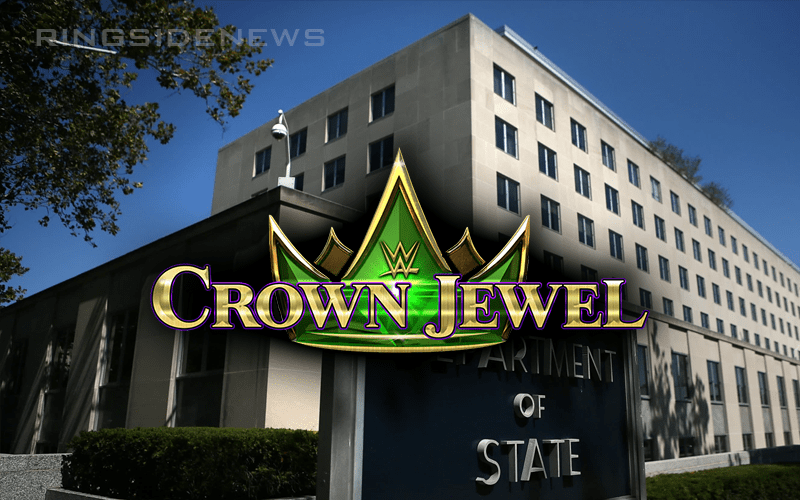 WWE has brought a lot of attention to themselves with their Crown Jewel event that they never saw coming when they announced the professional wrestling show. But at this point, Crown Jewel is about more than just pro wrestling — it’s a global affair.

Now it seems like WWE’s choice to move Crown Jewel might not even be theirs to make at all. It’s not in the hands of the US State Department which is a very interesting entity to be deciding about a pro wrestling event.

Bryan Alvarez noted on Wrestling Observer Live that Dave Meltzer had said that the US State Department is handling this decision on the Observer Message Boards, and Alvarez expanded on the situation in general.

“Well, the answer is it’s in the hands of the government — the State Department. Today’s the day where Vince was supposed to give word on whether or not they can go and as of 3 eastern they have announced nothing publically.”

Of course, WWE did scrub Saudi Arabia and location of the Crown Jewel event. It didn’t stop WWE from adding to the event last night on SmackDown Live and they also continue to promote John Cena and Daniel Bryna for the event — both of which we have been told have said they’re not going.

Only time will tell what happens in this situation, but it might just get much more interesting before it calms down.