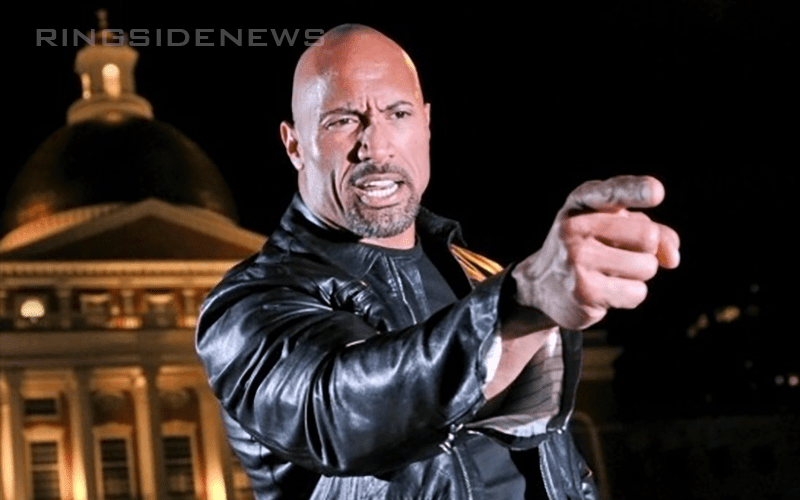 Mega movie star and former WWE Superstar The Rock is in some hot water with CNN reporter Oliver Darcy after the reporter uncovered a photo The Rock posted to his Instagram back in April of this year, where he had sat down with Mohammed bin Salman, who is the Crown Prince of Saudi Arabia.

For context, this is the photo in question:

Darcy tweeted The Rock and showed a screenshot of the Instagram post. According to the reporter, he had reached out to The Rock’s publicist several times on that day alone to see if he has any thoughts on the current situation but had received no response.

This Instagram post from @TheRock did not age well. Reached out to his publicist several times today to see if he has any new thoughts on MBS, but no response. pic.twitter.com/N538sD52X1

An agitated Rock replied to the reporter that this was a clickbait post and he was surprised Oliver would go so far as to post it. The Rock claims he is listening and continuing to learn.

This Instagram post from @TheRock did not age well. Reached out to his publicist several times today to see if he has any new thoughts on MBS, but no response. pic.twitter.com/N538sD52X1

Darcy issued the final response, claiming The Rock participated in the PR campaign to convince people in the West that Salman and the leaders over in Saudi Arabia are changing and are coming to terms with “modern views.”

You had dinner with a brutal authoritarian, playing a role in his PR campaign to convince the West that he was, as you’d say, someone with “modern views.” Then you gushed about it on social media. Ppl look up to you. Do you regret giving him a platform? Has your opinion changed? https://t.co/yPHazTLIRt

Given The Rock is close with WWE, this sheds further light on WWE and Crown Jewel, which has undergone serious backlash since journalist Jamal Khashoggi was killed a few weeks back in the Saudi consulate.

Despite this, it is worth noting that the post The Rock had on his Instagram was put up in early April, and a lot has changed since then. Of course, Salman has had his fair share of criticism, even before the death of Khashoggi, but this only escalated things further.

It now seems as it pertains to WWE, that the company may be in search of a new location for Crown Jewel, potentially in America. To learn more about that specifically, click here.

Do you think The Rock was wrong to post that? Should he delete the post, given the current situation? Let us know your thoughts, opinions, and reactions down below.