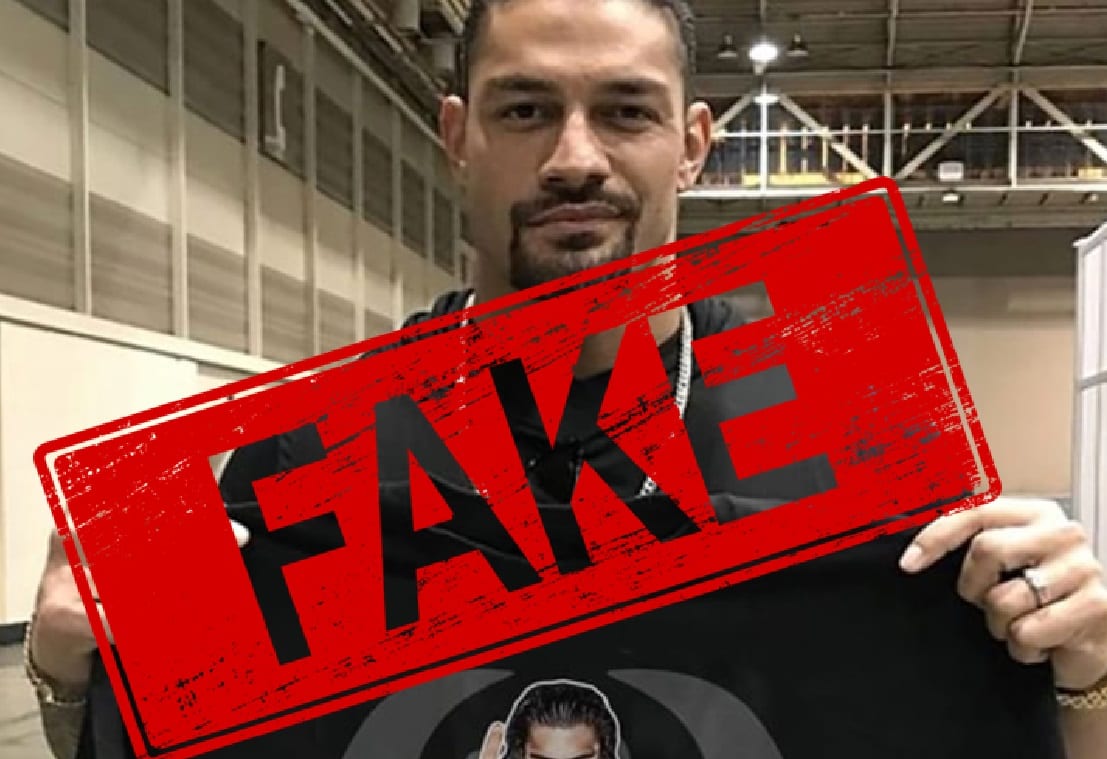 Roman Reigns had to do one of the hardest things we’ll probably ever witness on live television. He came to the ring as his true self and admitted to a WWE Universe who saw him as a Superman that he has leukemia and must relinquish the title he fought so hard to get.

As Reigns returns home to focus on himself, we wish nothing but the best for him. We here at Ringside News can’t wait to see The Big Dog return after he beats leukemia, and while the hashtag “Thank You Roman” trended all over social media, WWE hasn’t made up any such merchandise — not to say they won’t eventually but one independent clothing company has certainly angered some fans with their recent release.

You can check out the image below and no, we won’t share the link because this t-shirt is certainly not approved by WWE. First off, in the PG-era, no official WWE merch would ever have the F-Word on it or even allude to its usage.

The company has posted their t-shirt on social media and received a slew of remarks about how shameful it is that they’re capitalizing on this very real situation. It’s also kind of awful how they photoshopped a picture of Roman Reigns holding their shirt that nobody approved of. 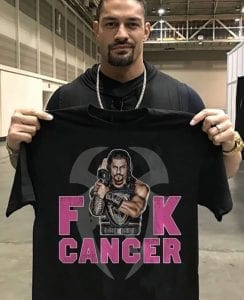