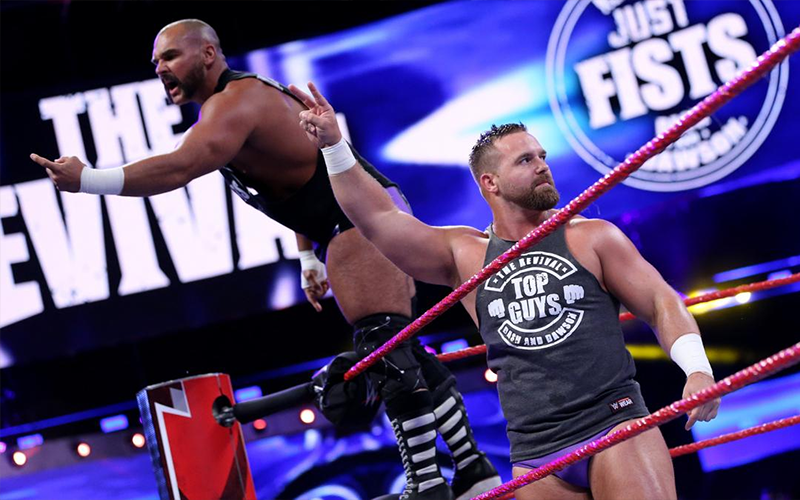 RAW Superstar Scott Dawson recently took to Twitter to hold a Q&A with his fans. This came after a tweet he released that has blown up, where he pleaded with fans not to give up on he and tag team partner Dash Wilder.

Immediately, Dawson was asked what his reaction was to finding out he would be Wilder’s partner in NXT- where the duo formed the popular tag team known as The Revival. This led Dawson to confirm it was a decision they made together as they’ve been best friends since they were kids.

SmackDown Live Superstar Peyton Royce of the IIconics joined in the conversation, likening Dawson’s story to that of her and partner Billie Kay. Both Royce and Kay met during school and were initially rivals until they began to wrestle together in Australia.

Apparently, though, both Royce and Kay are fine with that.

This prompted Dawson to ask Kay and Royce who the prettier team was.

Dawson was also asked what tag team he and Wilder would like to face. As longtime fans of The Revival could guess, The Young Bucks were the opponents of choice.

Nick Jackson of The Young Bucks responded, teasing a match between the two popular teams.

Click through to the next page for the remaining answers of the Q&A, where Dawson answers who his favorite opponents have been and responds to Tye Dillinger asking if they need a third member.