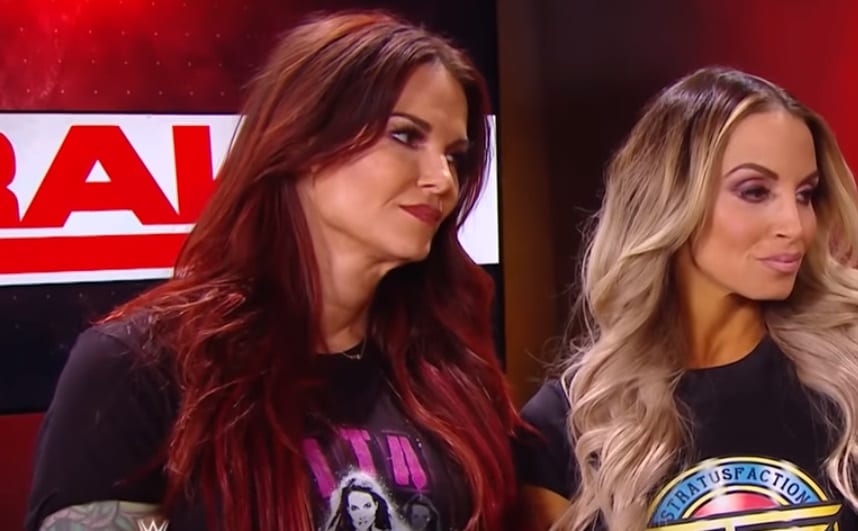 Trish Stratus and Lita both competed in the first-ever Women’s Royal Rumble in January and now they’re back for WWE Evolution. Their previously scheduled singles matches were combined into a tag team match leaving some fans sad at this booking decision. The fact that Alexa Bliss’ status is also questionable at this point is also bumming some fans out.

But after Trish and Lita are done with Bliss (or Alicia Fox) and Mickie James, Evolution will be behind them — however there might be much more to this story.

PW Insider reports that there are plans to use both WWE Hall Of Famers in the future for big events at least. WrestleMania and Royal Rumble were mentioned, but only time will tell if WWE will be able to arrange more of a comeback than that.

This confirms Joe Peisich from Barnburner from No Holds Barred podcast’s report that the two legends would be working for WWE past Evolution as well.