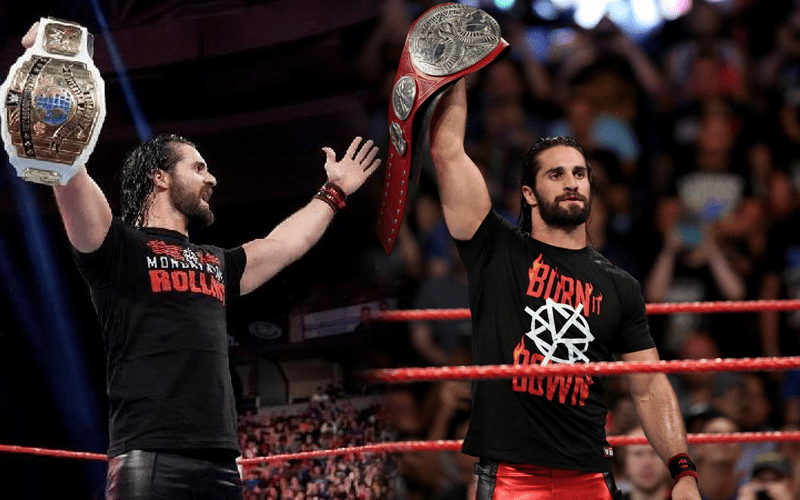 Seth Rollins is arguably one of the biggest stars WWE has. Since debuting alongside Roman Reigns and Dean Ambrose as The Shield, Rollins has captured numerous Championships and is a former Mr. Money in the Bank.

Reddit user MutilatedCattle recently brought to light an interesting statistic on Rollins’ WWE tenure. With his victory alongside Ambrose on RAW this week, Rollins became the first man in WWE history to be a double Champion with every single “Grand Slam” Championship.

Do you believe Rollins will capture the Universal Championship any time soon? Let us know your thoughts, opinions, and reactions in those comments below.