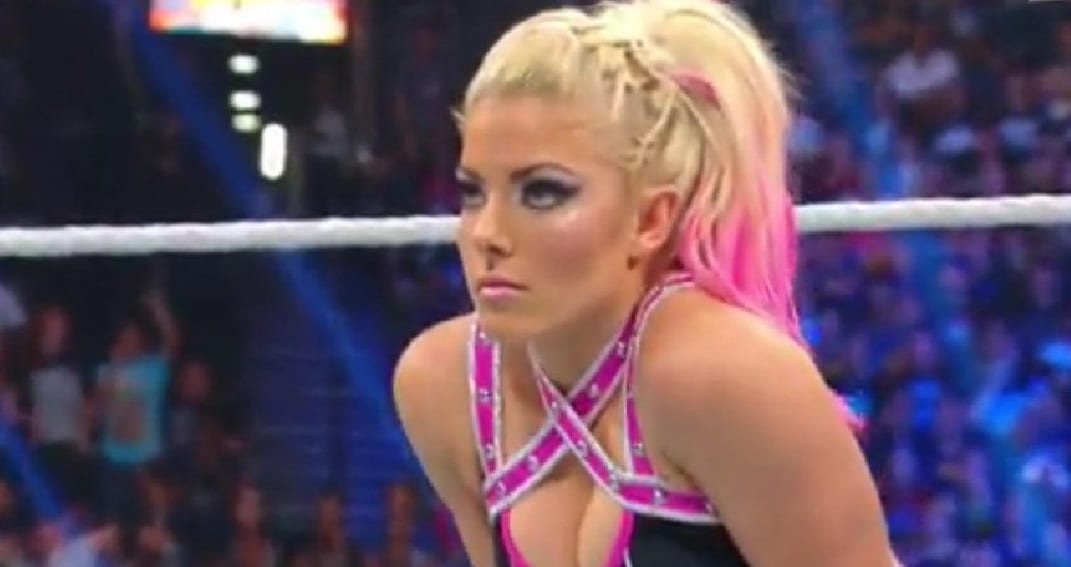 WWE’s first-ever all-female pay-per-view Evolution is happening this Sunday, but it could be terrible timing for Alexa Bliss. We previously reported that she suffered a concussion during a Hartford house show teaming with Mickie James against Ronda Rousey and Nia Jax — so she might not be able to work a tag match against Trish Stratus and Lita, 2 WWE Hall Of Famers she idolized, especially Trish.

WWE has a replacement in line just in case Bliss can’t work Evolution and at this point, she might not be cleared — only time will tell.

Dave Meltzer of the famed Wrestling Observer Newsletter commented to a fan questioning Bliss’ status on Twitter saying “nobody does, she has to get clearance before Sunday.” The fan was asking if Meltzer knew if Bliss was still competing at the big show.

Hopefully, Alexa Bliss will get a clean bill of health as soon as possible and will be able to work a tag team match you know she doesn’t want to miss out on. But at this point, it’s just a waiting game where our fingers must remain crossed and hope that WWE isn’t dealt another big Superstar loss so close to a big show.

Nobody does, she has to get clearance before Sunday. https://t.co/RHXUN2Hc05