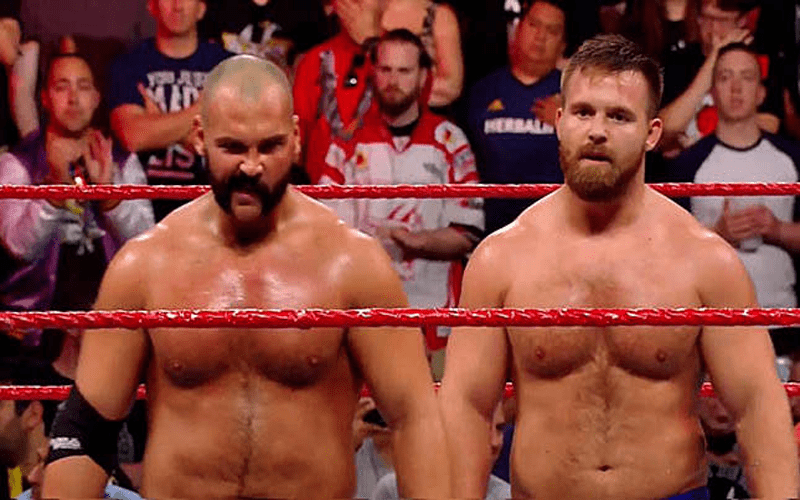 As NXT Superstars, Dash Wilder and Scott Dawson were known as one of the best tag teams on the planet. They gained such impressive notoriety that members of The Bullet Club started using the phrase “f*ck The Revival,” but ever since the team was called up to Monday Night RAW, things haven’t been the same.

From a number of injuries to both Wilder and Dawson to a lack of sufficient storylines for them, the two have fallen at every step. Fans who watched back in NXT still claim The Revival to be one of the worst NXT call-ups due to the way they’ve been handled on TV.

During the Main Event tapings this week, WWE had Bobby Roode & Chad Gable go up against The Revival. Dawson of The Revival took to Twitter after the match was taped to plead with fans not to “give up on us yet,” as there is a “reason we’re called ‘The Revival’.”

For those wondering how to watch Main Event, you can find it every Wednesday on Hulu Plus. It may also end up on the WWE Network, though the latest episode of the show to be uploaded onto the Network was back at the start of this month.

Are you a fan of The Revival? What is your favorite match from Wilder & Dawson? Let us know your thoughts, opinions, and reactions in those comments below.