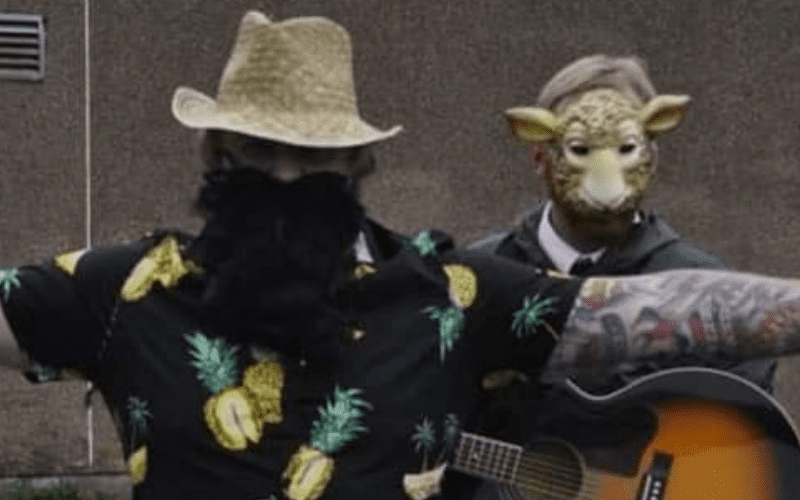 Here is a list of the four gimmicks, for context:

-In the first panel, Wolfgang is Bray Wyatt and is known as “Busky Harris,” a play on the Husky Harris name that Wyatt previously used.

-In the second, Wolfgang is The Big Boss Man, only now he is known as “The Big Lost Man,” who appears to be a lost tourist searching for a specific tourist attraction to check out.

-In the third, Wolfgang plays one of two individuals. They are known as “The Brothers Of Construction” which is obviously a play on The Undertaker & Kane’s “The Brothers of Destruction” name.

-Finally, Wolfgang is one of three men in the bottom right picture. They are known as “The Field” which fans will understand as “The Shield.”

What has been your favorite Halloween costume? Which would you be most likely to wear? Let us know your thoughts, opinions, and reactions down in the comments below.