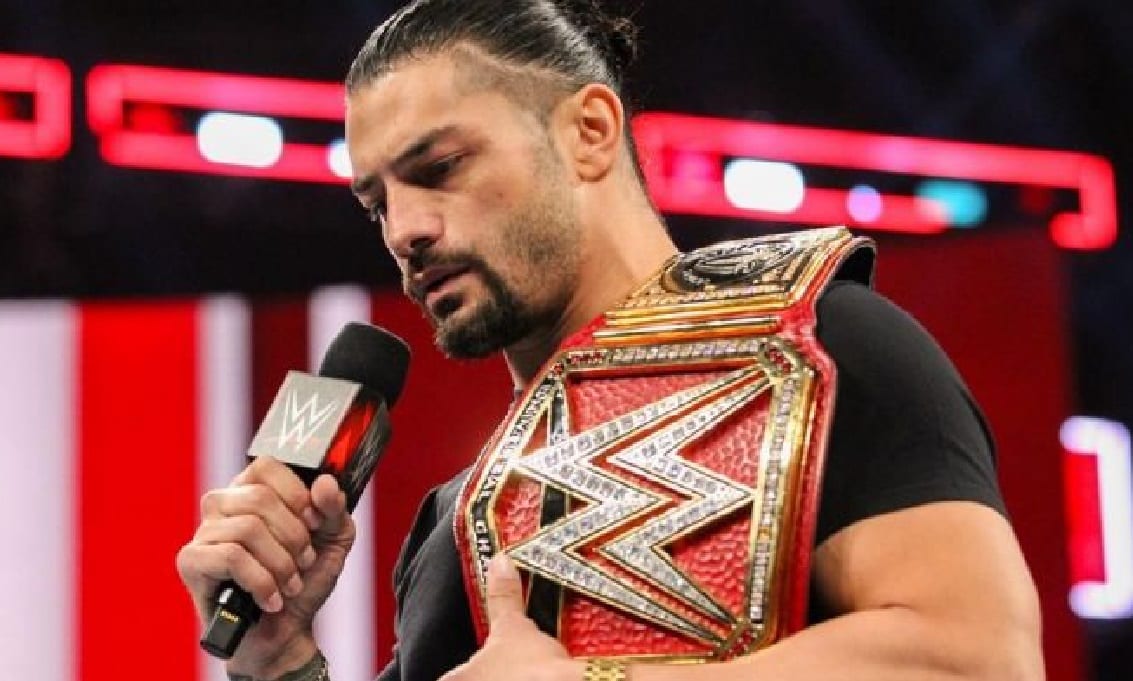 Roman Reigns opened up Raw this week in a way nobody ever expected. He was honest and admitted his name was Joe, and not Roman because Joe is battling leukemia. He then put his title down and left because he can no longer be a fighting champion.

The reason why this news stuck everyone so hard — especially the announce team — was because nobody knew what was coming.

Bryan Alvarez explained on Wrestling Observer Live exactly how many people were smartened up about Reigns’ awful announcement and it turns out that not too many people had any idea what was happening.

“I am told that a very small amount of people knew beforehand, probably between 6 and 8 of the top executives. So when the show opens and the announcers are all happy talking about Roman Reigns defending the title at Crown Jewel — none of that was a put-on.”

“None of them had any idea what was going on until he went out there and did his speech and he has since gone home and that’s the story. I guess we’ll just have to find out how well he does with treatment — the second battle, it’s worrisome.”

Our thoughts are with Roman Reigns as he deals with this difficult time. No matter how tough of a position this put WWE in, Reigns is the one who is really dealing with the worse situation.

But it’s still interesting that WWE wouldn’t let anyone know before the show, even the announce team who opened the show like there were no worries and it was business as usual until they realized something was majorly wrong.