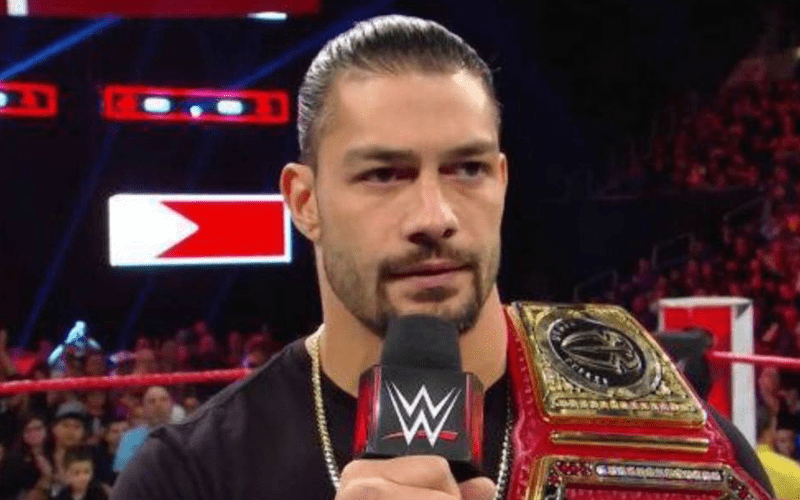 With RAW Superstar Roman Reigns revealing that he needs to step away to focus on his battle with leukemia, wrestling fans have taken to social media to express their gratitude for the now-former Universal Champion.

Indie wrestler Connor Braxton, who was the first graduate of Seth Rollins’ Black and Brave Wrestling Academy took to Twitter to share a heartwarming story about Reigns, who did something few wrestlers would do.

According to Braxton, he asked Rollins where he could find a pair of wrestling boots as he had little to no money and was frantically training to live his dream. He explains that Rollins talked with Reigns, who claimed he was willing to sell his old wrestling boots.

From here, Braxton explains that Reigns asked Rollins if Braxton was a “good brother” and subsequently decided to give Braxton his wrestling shoes for free, asking that Braxton continues this trend, by giving something to the next generation to continue making this business a better place.

“A little-known fact… after I finished training at The Black and Brave Wrestling Academy, I was without a pair of wrestling boots to use. With my first match a few days away, and zero dollars to my name, I was frantically looking around for a pair of boots.

I exhausted all my contacts in search of finding a pair, and asked Seth if he knew anyone looking to sell some. He told me Roman Reigns had a pair that he would be willing to sell me. I was ecstatic, but also very poor…

I asked how much he was looking to get for the pair, and he said he would ask Roman and see. Almost immediately, he responded and said, “Roman asked if you were a good brother, and said you can just have them. He said just make sure you pass on the favor to someone else for the good of the wrestling business.”

Roman, you have no idea who I am. You went out of your way to help an aspiring professional wrestler have a chance. You are the goodest of brothers. The wrestling business is a much better place because of you. Thank you.”

He would also go on to show a picture of the wrestling boots in question:

Reigns was scheduled to face both Brock Lesnar and Braun Strowman at WWE Crown Jewel, though this match will now be between Reigns’ two opponents for the vacated WWE Universal Championship.

What are your thoughts on this story? Let us know your thoughts, opinions, and reactions in those comments below.